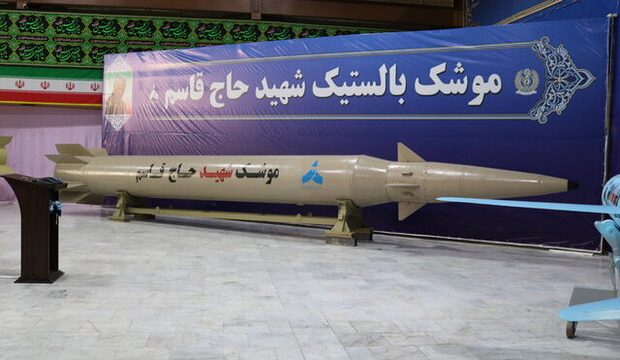 President Hassan Rouhani, speaking on the occasion of Iran’s National Defense Day on Thursday, said that in the past five years, the country has moved up in defense power from rank 23 to 14.

Iranian Defense Min. Brigadier General Amir Hatami said that his ministry is determined to support the Army Navy and Navy of the IRGC with improving their naval combat power.

Iranian Foreign Minister Mohammad Javad Zarif has written to the UN Security Council about Washington’s new push to invoke the so-called snapback provision in the 2015 nuclear deal and re-impose all UN sanctions against Tehran.

President Donald Trump on Wednesday said he is directing Secretary of State Mike Pompeo to notify the United Nations Security Council that the United States intends to restore virtually all previously suspended U.N. sanctions on Iran.

US cannot cross a bridge it burned: Rouhani says of push for ‘snapback’ sanctions

Iran’s President Hassan Rouhani says the US will once again fail in its new push to invoke the so-called snapback provision in the 2015 nuclear deal and re-impose all UN sanctions against Tehran.

The oil market has not yet stabilised, Iranian Oil Minister Bijan Zanganeh told state TV on Wednesday, but added that the measures implemented by OPEC have been successful in raising crude prices.

Official: 139 more Iranians die from COVID-19 over past 24 hours

Some 139 people in Iran have died as a result of the coronavirus disease over the past 24 hours, Iranian Health Ministry spokeswoman Sima Sadat Lari said on Thursday.