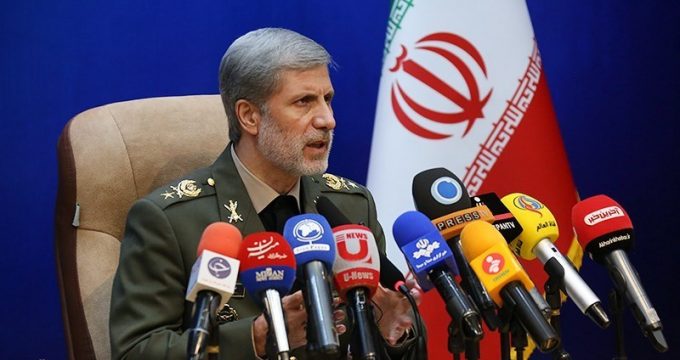 The domestically-built training jets, dubbed Yasin, A-90 and Fajr-3 are undergoing their final tests and will soon enter service, General Hatami said on Thursday during the unveiling ceremony of a number of defense achievements, including long-range ballistic and cruise missiles.

“The country’s achievements in the defense industry over the past four decades are not comparable to any other period,” said Hatami, describing the accomplishments as a “basis for military self-reliance and a must for (maintaining) the country’s independence.”

Pointing to the inauguration of the production line of the domestically-manufactured Kowsar fighter jet, Hatami said the country will soon deliver another three of the jets to the country’s Air Force.

The fourth-generation fighter jets were unveiled back in July 2017 and showcased to the international audience at MAKS air show in Moscow.

A surface-to-surface ballistic missile, named after the late IRGC commander Lieutenant General Qassem Soleimani, with a range of 1,400 kilometres, was unveiled during the ceremony in the presence of President Hassan Rouhani.

The ballistic missile is a new generation of the country’s Fateh-110 family of missiles, which is capable of confusing and penetrating the enemy’s interception systems.

The Iranian General and Abu Mahdi al-Muhandis and their companions were assassinated in a US airstrike near Baghdad airport on January 3, as General Soleimani was on an official visit to the Iraqi capital.