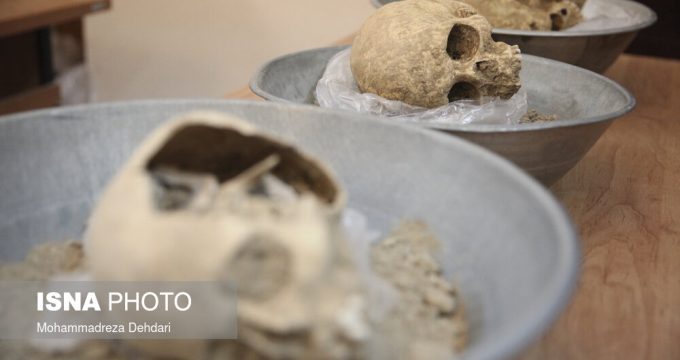 ISNA | Mohammadreza Dehdari: Remains of over a dozen humans and animals have been unearthed in the ancient ruins of Persepolis in southern Iran. The discovery was made during the restoration work underway at the historical site in Fars province. “Remains of bones and skeletons of 13 humans and animals were discovered during third and fourth phases of restoring Persepolis water canals,” said Hamid Fadaei, the director of the Persepolis International Cultural Heritage Centre.