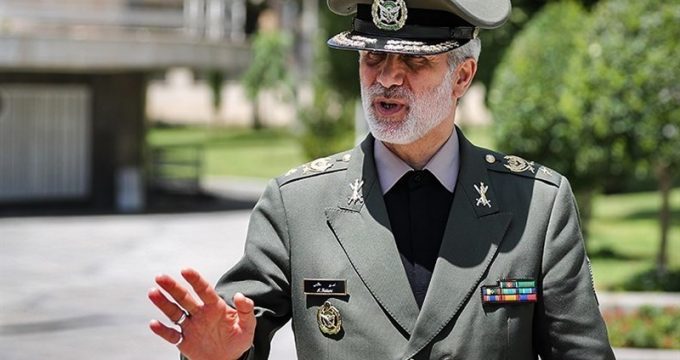 Iran to unveil new achievements in defense sector on Thurs.

MNA – Iranian defense minister announced on Wednesday that the latest achievements in defense sector will be unveiled on Thursday in ceremony with participation of President Hassan Rouhani.

Making the announcement on the sidelines of the Cabinet meeting on Wednesday morning, Iranian Defense Minister Brigadier General Amir Hatami said “Today, a report on the status quo of Iran’s defense industry was submitted to the government.”

In a Thursday ceremony which will attended by President Rouhani the latest achievements in the defense sector will be unveiled, he added.

As the minister informed, a production line and an exhibition will be inaugurated tomorrow.

“The production line for ‘Owj’ jet engine of Kosar fighter jets will be unveiled,” he said.

“A 4th-generation turbojet engine, which is lightweight, will also be unveiled,” Hatami added.

“The homegrown engine, installed on modern drones, can be regarded as a major improvement in this sector, he said.

During the said exhibition, as he said, various Iranian drones will be showcased.

He also informed that two missile-related products will also be unveiled on Thursday.