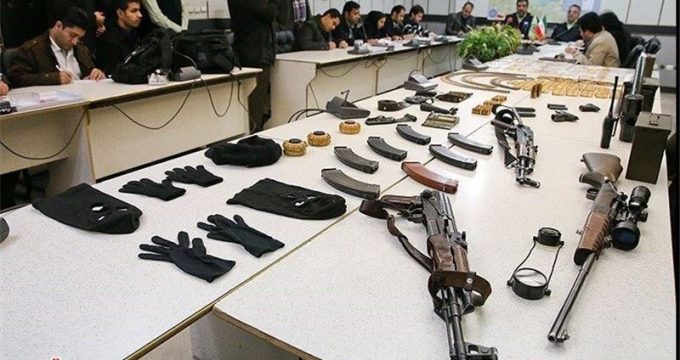 Tasnim – The Iranian security forces have busted a major arms trafficking ring in the northern province of Alborz, the Intelligence Ministry said.

In a statement on Wednesday, the Intelligence Ministry said its forces in Alborz Province have arrested the members of a major ring involved in trafficking arms and ammunition.

The disbanded ring was active in the provinces of Alborz, Tehran, Kermanshah, Lorestan, Isfahan, Sistan and Balouchestan, West Azarbaijan, and Kerman, it added.

The arrested members of the ring confessed to have forged letters and used fake signs of the Intelligence Ministry, the administrative and judicial institutions, and the military organizations to smuggle weapons and ammunition, illicit drugs, and alcoholic drinks into Iran, disrupt the country’s economy, and smuggle gold coins, foreign currency and antiques, the statement noted.

At least 20 main members of the ring have been arrested in the operation and a large number of assault rifles, handguns, hunting rifles, ammunition, and vehicles with fake military insignia have been confiscated, the Intelligence Ministry added.