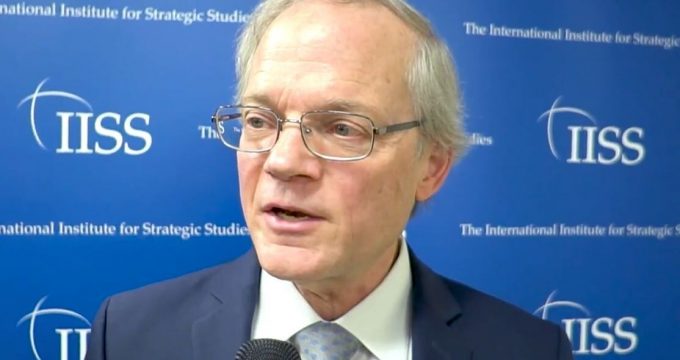 Washington not able to invoke snapback clause of JCPOA: Former US official

IRNA –The former US assistant secretary for non-proliferation Mark Fitzpatrick told IRNA that Washington is preparing itself to activate the snapback mechanism against Iran, but it will be turned down by the same group that made objection to the draft resolution at the United Nations Security Council as well.

Answering a question about the US failure in the UNSC, Mark Fitzpatrick referred to his article published on Saturday at Responsible Statecraft and said that Mike Pompeo intends to double the taste of the defeat by his attempt to activate the snapback mechanism to restore all the sanctions on Iran.

On Friday, the members of the UNSC rejected a US anti-Iranian draft resolution to extend Iran arms embargo that will come to an end in October. The only countries that voted for the draft were the US and Dominican Republic.

Fitzpatrick wrote on his article on Saturday, “The same overwhelming majority of Security Council members who opposed the arms ban extension, however, also opposes snapback. “

“Dominant global opinion holds that the US forfeited that right when it withdrew from the deal in 2018. Washington’s claim otherwise rests on the debatable legal argument that UNSCR 2231 did not provide for the right to be removed if a party left the deal – a scenario that nobody envisioned at the time.”

Peter Stano spokesman of High Representative Josep Borrell that the US has unilaterally pulled out of the JCPOA and was not a part of its future activities; therefore, it is not a part of the deal anymore and cannot use the snapback mechanism.

Fitzpatrick wrote, “The way the U.S. plan works is for Ambassador Kelly Craft to notify the Council of Iran’s significant non-compliance and argue that this starts the 30-day period specified in UNSCR 2231, at the end of which sanctions will snap back unless the Council passes a new resolution to continue termination of the U.N. sanctions — which of course the U.S. would veto.”

“Other members will then try to block the U.S. move via various procedural tactics. The first tactic is for Indonesian Ambassador Dian Triansyah Djani, who holds the rotating Security Council Presidency in August, to conduct consultations on whether Washington has standing in this regard. He will then report the consensus view that the U.S. effort is not a valid process. Djani is well respected, and his judgment will be trusted.”

He went on, “The United States can be expected to persist, however. When it does, members will work to block adoption of the agenda of the meeting at which the U.S. seeks to make its notification of Iran non-compliance.”

The member of the International Institute for Strategic Studies wrote, “Given the overwhelming opposition to its plan, the U.S. will not win the nine votes — a qualified majority — necessary to adopt the agenda. The meeting then will not take place and the 30-day period will not start.”

“This process will have to be repeated every time Washington tries to put the matter before the Council in a proposed agenda.”

In the end and regardless of what others think, the U.S. will not doubt unilaterally claim that U.N. sanctions have been snapped back. Almost everybody else will insist on the contrary. Richard Gowan, U.N. director at the International Crisis Group, called the situation “Security Council in Wonderland.”

“From October 18, when the ban expires, Iran will begin to buy some arms from China, Russia, and other former Soviet states, although purchases will be limited by its own budget constraints and a reluctance on the part of arms suppliers to sell systems that would upset the regional balance of power.”

Saying that the US could have pressured the arms sellers to limit Iran’s arms sales instead of insisting on the resolution that was clearly bound to fail.

“But stopping arms sales to Iran is not Washington’s main objective. The goal, rather, is to restore all sanctions on Iran and to thereby kill the JCPOA before a post-Trump administration could revive it.”

He said that that the restoration of sanctions rides on how Iran responds. President Hassan Rouhani’s government has threatened to pull out of the accord in the event of snapback, but, “a far wiser course would be to agree with the vast majority of the Council that U.N. sanctions have not been restored.”

“Iran can let the United States be the isolated party under global opprobrium and allow the deal to survive for a few more months in hopes that a new U.S. administration will come to power and restore U.S. adherence.”