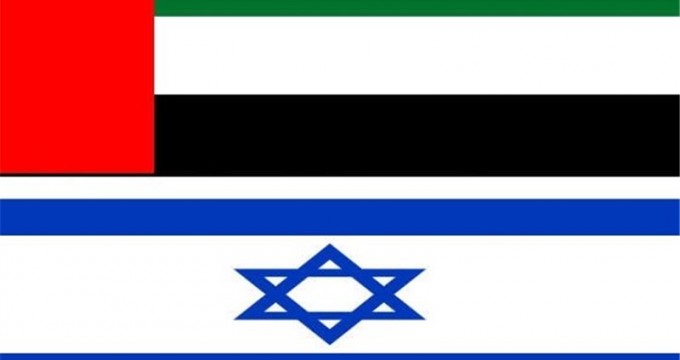 A History of Metamorphosis: On the “Historical” UAE-Israel agreement

Iranian Diplomacy | Saber Golanbari: Two days ago, on Thursday, US President Donald Trump gleefully tweeted about a “peace agreement” between Israel and the United Arab Emirates, two Washington allies. This “historical breakthrough”, as Trump called it, begs a few remarks:

One) There has been no history of hostility or serious tension between Tel Aviv and Abu Dhabi. So technical, talk of a peace agreement between the two parties does not apply. A close look at Abu Dhabi’s stance vis-a-vis the Israel-Palestine conflict in the last few decades, especially since 2004 and death of UAE founding father Sheikh Zayed Al Nahyan, shows no signs of enmity between Tel Aviv and Abu Dhabi. UAE’s policies are by and large limited to official statements released by the Arab League.

Two) With Trump’s tweet, Abu Dhabi and Tel Aviv have only decided to make public their ongoing relations and officialize it by launching embassies and announcing the start of their formal relations. Such relations have been a reality since two decades ago and gained momentum in the past few years culminating in senior-level meetings in Abu Dhabi and other venues. Fear of a backlash from Arab Street had held back the two sides so far, but internal crises plaguing Arab countries in the recent years, intervention by regional and international powers in Arab affairs, regional tensions and a shift of target of hostility away from Israel towards Iran, has removed de-stigmatized normalization of ties with Israel and several Arab countries have moved towards rapprochment.

Three) The agreement between the UAE and Israel was hardly surprising, however, it is a presage of the desired new regional order. The agreement indicates a disregard of the 2002 Arab Peace Initiative which conditioned recognition of Israel by Arab countries to establishment of a Palestinian state in the pre-1967 borders. That is, Palestinians are not going to gain anything from this agreement. Quite the opposite, the agreement may further embolden Tel Aviv and the Israeli right, complicated any likely peace process and thwart formation of the country of Palestine in the 1967 borders. The agreement also appears to be a prelude for geopolitical shifts in the Persian Gulf and its surrounding environment, which means Israel’s crawling move towards Iran’s security periphery. Bahrain, Oman, and Saudi Arabia are likely to follow suit and normalize relations with Israel.

Regional developments of the recent years provided Israel with a golden opportunity to achieve its long-dreamed geopolitical goals with little effort.

Four) Despite UAE claims, the agreement will not stop the so-called Deal of the Century from materialization. Such claims are tailored to domestic audience, to soothe the Arab Street regarding Abu Dhabi’s decision. Netanyahu on the other hand will try to calm the Likudniks and Israeli far-right, saying any freeze of Deal of the Century action plan will be temporary. Trump and Bibi Netanyahu had already come to the conclusion to halt execution of the Deal of Century plan, but what they wanted was a hoopla which could overshadow the decision, as the US presidential election is approaching and Trump needs to keep his conservative Evangelist fan base satisfied.

Five) The habitual exaggerations by Trump in describing the agreement as historical serves his electoral interests and his efforts to sell the news as a big success in his Middle East policy. We should wait for other ‘HISTORICAL’ agreements between Israel and Arab countries before the November elections.