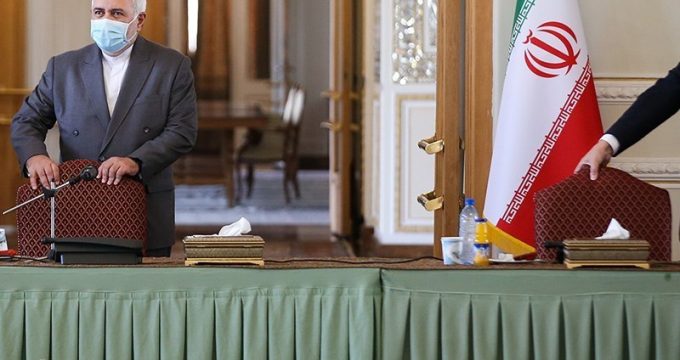 Iran’s coverage: US recourse to snapback mechanism has ‘no leg to stand on’: Zarif

US recourse to dispute mechanism has no leg to stand on: Iran’s Zarif

Iran’s Foreign Minister Mohammad Javad Zarif said Washington’s attempt to trigger the Dispute Resolution Mechanism (DRM) in the UNSC Resolution 2231 has no leg to stand on.

The United Arab Emirates has summoned Iran’s charge d’affaires in Abu Dhabi in response to a speech by Iranian President Hassan Rouhani that the foreign ministry described as “unacceptable”, state news agency WAM said on Sunday.

Iran dismisses US allegations of arms assistance to Taliban

The new spokesperson for Iran’s Foreign Ministry refuted the “groundless” allegations made by the US secretary of state that Iran is arming the Taliban in Afghanistan.

Iran’s President Hassan Rouhani lashed out at his American counterpart for taking the most vicious actions against the Iranian people and violating the JCPOA.

Reacting to Trump’s announcement about triggering the snapback mechanism against Iran, an Iranian MP announced on Monday that he has put forward a double-urgency bill on Iran’s withdrawal from the JCPOA.

OPEC has managed to raise crude prices and stabilise the oil market, OPEC member Iran’s oil minister was quoted on Monday as saying by his ministry’s website SHANA.

Iran warns of decisive response to any cyber threat

The General Staff of the Iranian Armed Forces warned that cyber threats from any state, group or individual against Iran will be responded to decisively.

A group of Iranian lawmakers hailed the country’s advances in the defense industry, voicing support for the promotion of the missile power.

Official: 165 more Iranians die from COVID-19 over past 24 hours

Some 165 people in Iran have died from coronavirus disease over the past 24 hours, Iranian Health Ministry spokeswoman Sima Sadat Lari said on Monday.