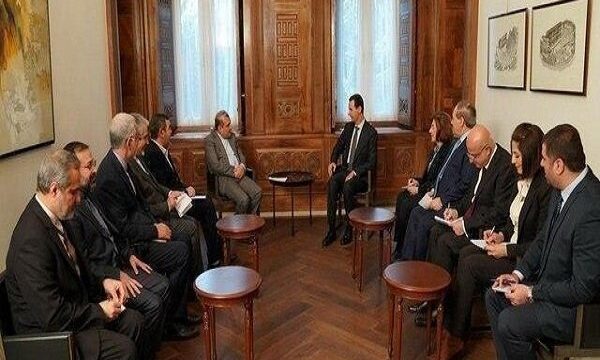 The meeting took place in the presence of Iran’s ambassador to Damascus and Syrian Foreign Minister Walid Muallem in the Presidential Palace on Monday.

Discussion on the cooperation of the countries supporting the Astana process on the Syrian crisis was among the issues of this meeting.

The two sides also discussed developments in the region, including the UAE-Israeli tie normalization and how to deal with it in the region.

Ali Asghar Khaji arrived in the Syrian capital on Monday morning to meet with Syrian officials.