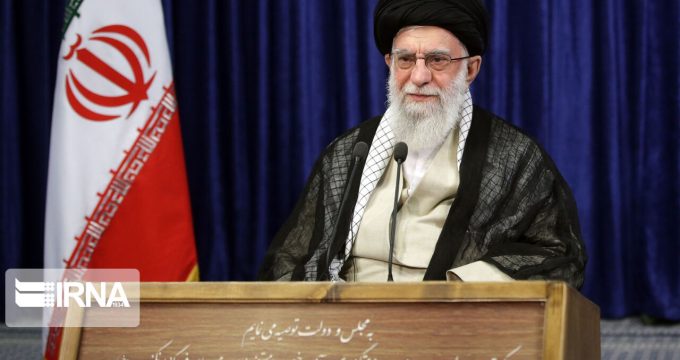 Leader: US animosity with Iran dates back to 1953 coup

FNA – Supreme Leader of the Islamic Revolution Ayatollah Seyed Ali Khamenei blasted the US for continued plots against Iran, and said that Washington’s hostilities towards the Iranians started with the 1953 coup d’état and continued until today.

“The Islamic Republic of Iran has blocked the way for the United States to re-enter and infiltrate the country, and this prohibition of negotiations is one of the means of closing the way for the United States to enter; This, of course, is very difficult for Americans,” Ayatollah Khamenei wrote on his Twitter account on the occasion of the anniversary of the infamous coup

The 1953 coup d’état (known in Iran as the 28 Mordad coup) was the overthrow of the democratically elected government of Iran, and its head of government Prime Minister Mohammad Mosaddeq on August 19, 1953, orchestrated by the United Kingdom (under the name ‘Operation Boot’) and the United States (under the name Pejak Project).

On such a day, a number of the army forces of the oppressive regime, with the cooperation of the United States and Britain, overthrew the government of ‘Mohammad Mosaddeq’ and re-established ‘Mohammad Reza Pahlavi’, who had fled Iran.

The American-British coup of August 1953, which led to the fall of the legitimate government of Iran at the time (Mossadeq’s government), commemorates a critical period in Iran’s political history before the victory of the Islamic Revolution.

The August 19 coup, part of a series of US-British interventions in Iran during the victory of the nationalization movement in the Iranian oil industry, took place at a time when the International Court of Justice had ruled in Iran’s favor over British-Iranian oil deals.

In recent years, new documents have been published about foreign interference in the coup d’état of August 1953, and some US officials have even acknowledged the direct role of this country and Britain in the coup.