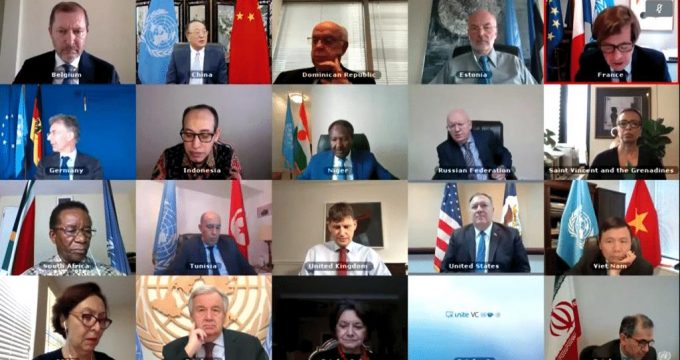 DW: The United States’ embargo proposal faced strong opposition from China and Russia. The Iran arms embargo is set to end in October 2020.

The UN Security Council rejected the United States’ calls for an indefinite extension to the arms embargo on Iran on Friday, US Secretary of State Mike Pompeo said in a statement.

“The Security Council’s failure to act decisively in defense of international peace and security is inexcusable,” Pompeo said ahead of the council announcing the results of the vote.

The main opponents to the US-sponsored resolution were China and Russia.

The embargo on Iran is set to end in October this year, under a provision of UN Resolution 2231, in which the Security Council backed the nuclear deal between Tehran and a group of world powers.

The actors that signed the agreement in Vienna in 2015 include the five permanent members of the Security Council — the US, the United Kingdom, Russia, France, and China — plus Germany and the European Union.