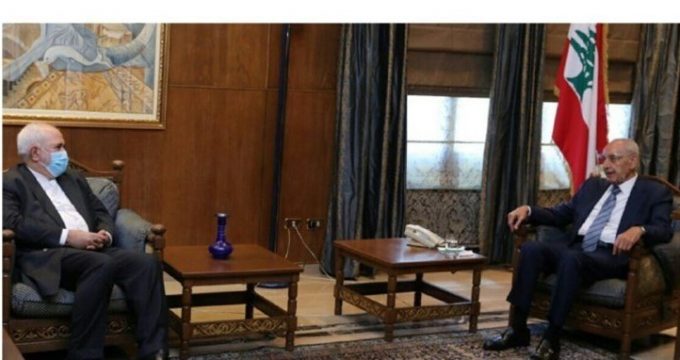 Tasnim – Iranian Foreign Minister Mohammad Javad Zarif held a meeting with Speaker of the Parliament of Lebanon Nabih Berri in Beirut on Friday.

Following a number of meetings with senior Lebanese officials during a visit to Beirut on Friday, Zarif held talks with Nabih Berri.

In the meeting, Iran’s diplomat expressed solidarity with the Lebanese government and nation over the recent deadly blast in Beirut’s port, and commemorated the 14th anniversary of Lebanon’s victory in the 33-day war.

He also voiced the Islamic Republic’s readiness to cooperate with Lebanon and supply its demands in the current situation.