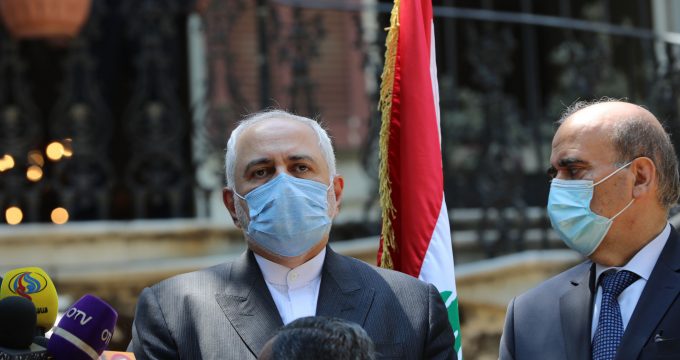 UAE-Israeli agreement ‘a stab in regional countries’ back’

MNA – Mohammad Javad Zarif, Iran’s Foreign Minister, termed the agreement between Abu Dhabi and Tel Aviv as a stab in the back of Lebanon and other regional countries.

He made the remarks Friday in a meeting with his Lebanese counterpart Charbel Wehbe in Beirut.

This was the first reaction of Zarif to the agreement that US President Donald Trump announced on Thursday. The agreement has been widely condemned by Iranian officials, Palestinian groups, and several countries of the region.

Zarif who arrived in Beirut on Thursday night also discussed other issues with Wehbe during the meeting.

Expressing solidarity with the Lebanese people, Zarif said that Iran is ready to help reconstruct the areas affected by the huge blast in Beirut Port. He said that Iran enjoys great capabilities for reconstruction especially in fields of electricity supply, construction, medicine, and medical issues.

Pointing to the political situation in Lebanon, Zarif said that no country should condition aids to Lebanon to certain political developments.

For his part, Wehbe appreciated the positions and aids of the Islamic Republic for the Lebanese people following the blast while also discussing with Zarif the needs of Beirut in current conditions.