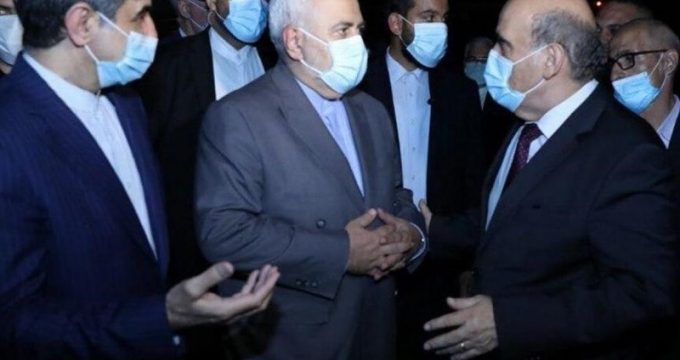 Iran’s FM in Beirut for talks

Tasnim – Iranian Foreign Minister Mohammad Javad Zarif traveled to Lebanon for a series of meetings following a tragic blast that killed more than 200 people in Beirut.

Zarif arrived in Beirut on Thursday evening to meet with top Lebanese officials and express Tehran’s solidarity with the nation and government of Lebanon.

Upon arrival in Beirut, the top Iranian diplomat was welcomed by his Lebanese counterpart Charbel Wehbe.

In remarks a day earlier, Zarif had lashed out at the US government for maintaining the pressure of sanctions on Lebanon even after the recent deadly blast in Beirut.