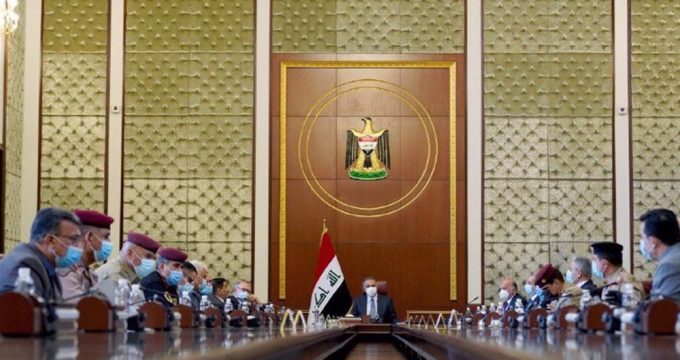 Press TV – The Iraqi National Security Council has denounced a recent deadly drone strike by Turkey on the Arab country as a violation of good neighborly principles, saying the aggression poses a threat to Iraq’s national security as well as regional stability.

In a statement carried by al-Sumaria TV network on Wednesday, the council said it discussed the Turkish attack during a meeting chaired by Prime Minister Mustafa al-Kadhimi.

It strongly condemned “the Turkish aggression on Iraqi lands and the targeting of Iraqi commanders.”

“This act is a major breach of all standards for dealings between countries, good neighborly relations, and a major threat to the Iraqi national security and the stability of the region,” it added. “Iraq will exercise all means to defend its security and protect its citizens, including diplomatic messages.”

The council also announced that the government had decided to cancel the visit of the Turkish defense minister and another Turkish delegation to Baghdad.

It further urged the Iraqi Foreign Ministry to coordinate with the international and Arab communities to condemn such an offensive and take necessary measures.

On Tuesday, a Turkish drone bombed a military vehicle of the Iraqi border guards in the Sidekan area of the semi-autonomous Kurdistan region.

Two border guard commanders and their driver were killed in the raid, the army said in a statement, marking the first Iraqi troop deaths since Turkey launched the cross-border operation in mid-June against Kurdistan Workers’ Party (PKK) militants.

Major General Yahya Rasoul, the military spokesman for Kadhimi, said on Wednesday that the strike had killed two commanders and injured a third commander as well as an intelligence officer and two of their accompanying associates who were on a reconnaissance operation in Sidekan.

He called on the Turkish forces to work on “clarifying the circumstances of the crime and holding those involved in it accountable, in order to preserve good neighborliness and relations between the two countries.”

“We warned earlier about the continuation of Turkish violations on Iraqi lands, and the blood of Iraqis is precious, and we will not tolerate squandering Iraqi blood,” the spokesman noted.

‘Iraq should complain to UNSC’

Additionally on Wednesday, the Iraqi Parliament’s Foreign Relations Committee called on the Iraqi government to file a complaint with the United Nations Security Council over the deadly Turkish strike.

“While we support the government and the Ministry of Foreign Affairs statement related to these attacks, we affirm our demands that decisive measures should be taken to prevent any other attacks to preserve the sovereignty of Iraq,” it said.

“While we support the government and the Ministry of Foreign Affairs statement related to these attacks, we affirm our demands that decisive measures should be taken to prevent any other attacks to preserve the sovereignty of Iraq,” it said.

Earlier in the day, the Iraqi Foreign Ministry stressed “the need for the Turkish government to immediately stop the bombing and withdraw its aggressive forces from all Iraqi territories.”

It also cancelled an official visit by Turkish Defense Minister Hulusi Akar to Baghdad and summoned Turkish Ambassador Fatih Yildiz to hand him “a strong protest note and inform him of Iraq’s confirmed rejection of his country’s attacks and violations.”

Despite Iraqi condemnations and warnings, Turkey said Thursday that it will keep up cross-border military operations in northern Iraq if Baghdad continues to overlook the Kurdish militants’ presence in the region.

Turkish Foreign Ministry stressed that it was Baghdad’s responsibility to take measures against the PKK, whose presence also threatens Iraq, adding, however, that Ankara will defend its borders.

“Our country is ready to cooperate with Iraq on this issue. However, in the event PKK presence in Iraq is overlooked, our country is determined to take the measures it deems necessary for its border security no matter where it may be,” the ministry said in a statement. “We call on Iraq to take the necessary steps for this.”