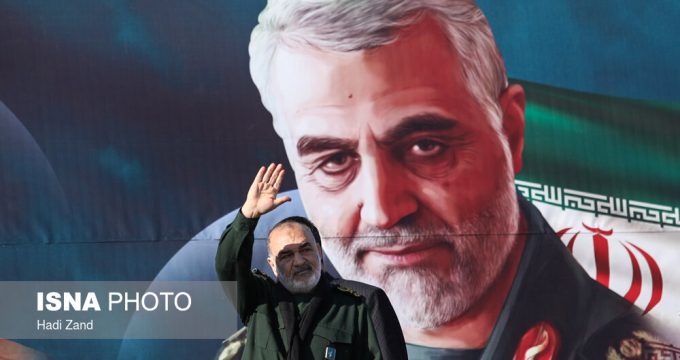 US has no right to use JCPOA mechanism, Rouhani tells Macron

Iranian President Hassan Rouhani said that the United States has no right to use the mechanisms of the JCPOA since it has ceased participation in the deal.

Director of the field hospital set up by Iran’s Red Crescent Society in Beirut announced on Wednesday that nearly 700 people wounded in the recent devastating blast have been treated in the hospital so far.

Iranian Minister of Defense Brigadier General Amir Hatami unveiled the upgrading line of the tanks of Armed Forces in Lorestan province on Thursday.

Iranian President Hassan Rouhani unveiled a water and soil development project in the west of Iran on Thursday.

Zarif: US so desperate to show support for its anti-Iran struggles

Foreign Minister Mohammad Javad Zarif in a message stressed the fact that the US is so desperate to show its anti-Iran struggles by clinging to a personal position of Persian Gulf Cooperation Council (PGCC) secretary-general.

Students will go to school on an odd-even plan in the new educational year as the COVID-19 pandemic continues to spread in the country, Iran’s education minister announced.

Iran’s Health Ministry spokeswoman Sima Sadat Lari said on Thursday that some 174 more Iranians have died from coronavirus disease (COVID-19) over the past 24 hours bringing the total deaths to 19,162.