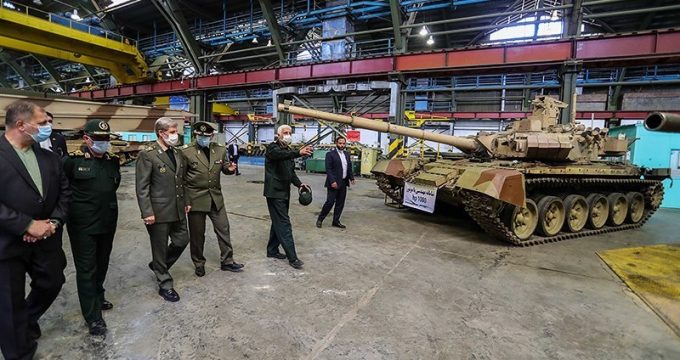 Iranian Minister of Defense Brigadier General Amir Hatami unveiled the upgrading and optimizing line for the operational capacity of the tanks of Armed Forces as well as a test field in Dorud County on Thursday.

According to Hatami, overhauling, and upgrading military and defense weapons require up-to-date knowledge and that the Ministry of Defense relies on domestic capabilities to strengthen Iran’s military power.

He also expressed hope that the experts of the Ministry of Defense will upgrade all the operational tanks of the Armed Forces.

He went on to say that Iran is currently capable of manufacturing tanks equipped with the electro-optical fire control system, laser rangefinder system, ballistic computer, and the ability to fire at fixed and moving targets at day and night.

Hatami further referred to the achievements of the Ministry on Defense in recent years and noted that the equipment made by Iranian experts must be upgraded in accordance with the needs of the Armed Forces on the battlefields.