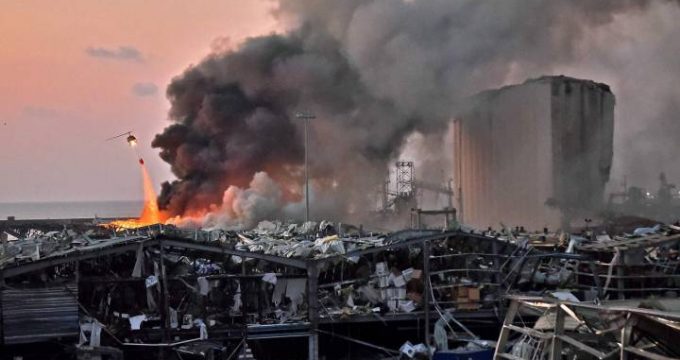 Zarif raps US sanctions on Lebanon amid blast tragedy

Tasnim – Iranian Foreign Minister Mohammad Javad Zarif lashed out at the US government for maintaining the pressure of sanctions on Lebanon even after a recent tragic blast in Beirut.

Speaking to reporters on the sidelines of a cabinet session on Wednesday, Zarif said while the August 4 explosion in Beirut has shocked the entire world, the United States is keeping the sanctions on Lebanon despite the coronavirus outbreak and the blast tragedy.

The top Iranian diplomat also noted that any group might try to take political advantage of the incident, but such attemtps have failed until now.

Governor of Beirut says more than 200 people are believed to have been killed as a result of the August 4 blast, which occurred when a stockpile of more than 2,000 tons of ammonium nitrate exploded.