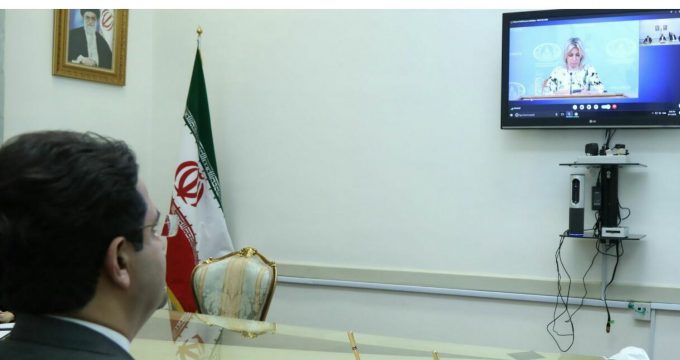 Zakharova said that media cooperation between Iran and Russia has clear prospect vis-a-vis the fake news spread by some Western countries against the two countries.

Despite the outbreak of coronavirus, both countries enjoy satisfactory cooperation in all fields and levels, she added.

She noted that Tehran-Moscow media relations include working group for cooperation on sharing and dissemination of information.

Zakharova reiterated the fact that grounds have been prepared for professional interaction between media staff and reporters of different media from the two countries to be arranged by Foreign Ministries.

Elsewhere in her remarks, Russian diplomat stressed on realistic, all-out and correct news coverage with regard to 75th anniversary of victory over Fascism and defending the real achievements of humanity in the wake of the World War II.