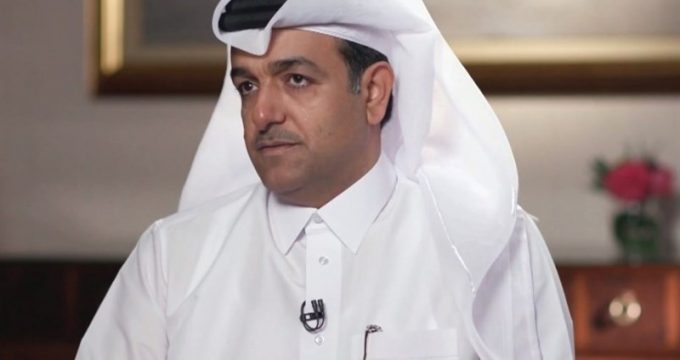 Tasnim – A recent call by the (Persian) Gulf Cooperation Council (PGCC) for the UN Security Council to back a US-proposed extension of the UN arms ban against Iran is not supported by all members.

Speaking in an interview with al-Jazeera on Wednesday, Mutlaq bin Majed al-Qahtani, a senior Qatari Foreign Ministry official, said the pan-Arab council’s positions are usually decided and announced at foreign ministerial meetings, and that the latest stance of the (P)GCC’s General Secretariat does not reflect the positions of member states.

The official was referring to a letter sent by the (P)GCC to the Security Council, urging it to extend the UN arms embargo on Iran, which is slated to expire in October under a UNSC-endorsed 2015 nuclear deal between Iran and six other countries.

In the letter, which drew a strong condemnation from Tehran, the (P)GCC — comprising of Bahrain, Kuwait, Oman, Qatar, the United Arab Emirates and Saudi Arabia — repeated its claims about Iran’s role in the region, saying Iran’s “interference” in neighboring countries makes an extension of the UN arms embargo necessary.

“It is inappropriate to lift restrictions on the supply of weapons from and to Iran,” the council’s Secretary General Nayef Falah Mubarak al-Hajraf said in a statement on Saturday.

Further in the interview, Qahtani, who serves as the special envoy of the Qatari foreign minister for counterterrorism and mediation in settlement of disputes, reiterated Doha’s opposition to the harsh economic sanctions imposed by the US against the Iranian nation.

“We in Qatar do not think that current sanctions on Iran would lead to positive results and contribute to the resolution of crises. Crises must be overcome through dialogue and negotiations,” he said.

“Iran is a neighboring country with which we have good neighborly relations, and it enjoys a position that the State of Qatar, the government and the people value, especially during the unjust blockade on Qatar,” Qahtani pointed out.

“The (P)GCC is currently at the apex of its incompetence and its unrealistic policies have rendered it ineffective,” he said.

(P)GCC members Saudi Arabia, the UAE and Bahrain cut off diplomatic ties with Qatar in June 2017, after officially accusing it of “sponsoring terrorism” which Doha has rejected.

The (P)GCC agreed to the letter after weeks of shuttle diplomacy by Brian Hook, the ex-US envoy for Iran, as Washington is struggling to muster more support for the resolution that it has drafted to secure an extension of the ban.

The United Nations Security Council will vote this week on the Washington-drafted resolution on the extension of the arms embargo against Iran.

Observers and diplomats, however, believe the unlawful American bid lacks support and that Washington is unlikely to secure the nine votes required at the 15-member Security Council to force Russia and China to use their vetoes.