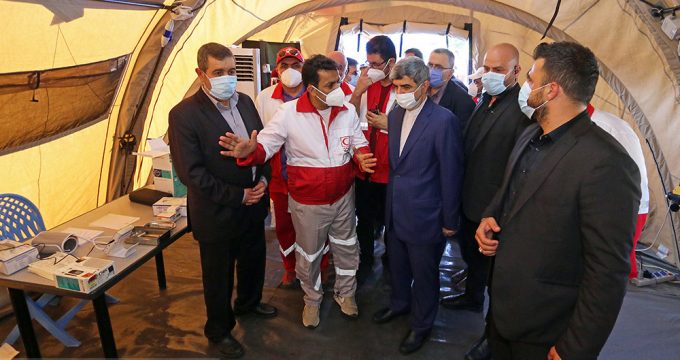 IRNA – Deputy Head of Iranian Red Crescent Society (IRCS) for health, treatment and rehabilitation said IRCS field hospital is ready to provide service for Lebanese people who were affected by the recent deadly explosion in Beirut.

Speaking to IRNA on the phone, Farid Moradian who is now in Beirut said that the field hospital has been erected in Dahieh, southern Beirut.

He added that the hospital’s services are supposed to be rendered based on the 7 principles of the Red Cross and Red Crescent Movement which are humanity, impartiality, neutrality, independence, voluntary service, unity and universality.

Moradian said that the hospital is flexible and is able to present surgery, clinical and health services to those who were affected by the recent huge blast.

Iran is the first country whose IRCS urgently sent medical and humanitarian aid to Lebanon to help the stricken people soon after expressing readiness to help them.

IRCS has also dispatched a 37-member medical team to Beirut which was rocked after the August 4 massive explosion that killed over 157 people and wounded more than 5,000 others.

Spokesman for IRCS Mohammad Nasiri told IRNA on Wednesday that the Iranian Red Crescent will send the packages and equipment to Lebanon in line with the Society’s humanitarian goals and after the request for help from the head of Lebanese Red Cross George Kettaneh.

Footage shared on social media captured the moment of the bigger explosion, with columns of thick smoke billowing fast across several hundreds of meters and shrouding the area.