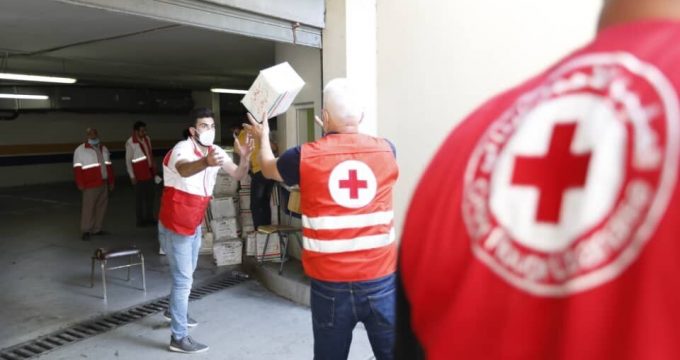 Iran dispatches 95 tons of aid cargo to Lebanon, 60 tons others to be sent

IRNA – Head of Iranian Red Crescent Society (IRCS) stated on Sunday that the Society has dispatched 95 tons of aid cargo to Lebanon after the August 4 deadly explosion in Beirut.

Four other aid cargoes about 60 tons in weight will also be sent to the affected Lebanese city, Karim Hemmati said addressing the inaugural ceremony in the northeastern part of the country.

Reportedly, the August 4 Massive explosion at a warehouse keeping Ammonium-nitrate in Beirut, Lebanon, killed nearly 160 people and wounded about 6,000 others.

As the IRCS head announced, Iran has sent skilled and experienced volunteers to Beirut.

Iran is the first country whose IRCS urgently sent medical and humanitarian aid to Lebanon to help the affected people soon after expressing readiness to help them.