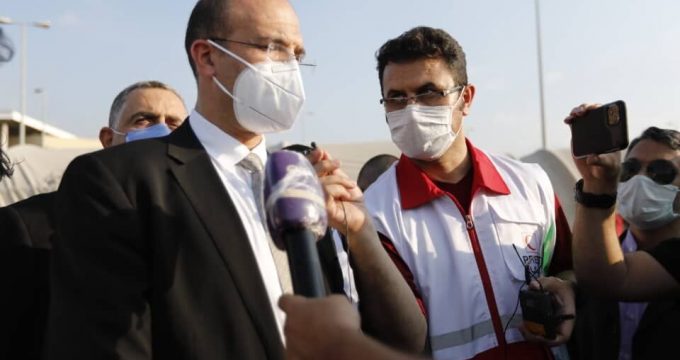 According to the Iranian Red Crescent Society, Hassan visited the mobile hospital and the Red Crescent care unit at the Lebanese University Campus Hadath on Friday.

He praised the work of IRCS in establishing an equipped mobile hospital which provides health services and emergency treatment to the injured people in Beirut.

The Islamic Republic of Iran is the first country that sent a complete aid package including medical teams as well as biological and medical supplies to help the affected people in the recent blast in Lebanon, he said.

Iran’s first cargo of humanitarian aid comprising 95 tons of food and medicine arrived in Beirut, Lebanon, on Thursday, Aug 6, to help the country’s people who have been affected by the recent tragic blast in the Lebanese capital.

IRCS has also dispatched a 37-member medical team to Beirut.

Four massive explosions that rocked Beirut on Tuesday killed over 100 people and wounded more than 5,000 others.