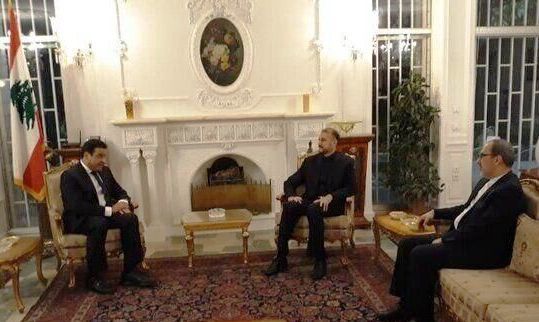 IRNA – A senior foreign policy advisor to the Iranian parliament speaker in his meeting with Lebanon Envoy to Iran, reviewed the latest developments about Beirut blast.

According to the Embassy of Lebanon in Tehran, Hossein Amir Abdollahian in his meeting with Ambassador Hassan Mohammad Abbas on Thursday night discussed different aspects of the blast.

In the meeting, which took place at the Lebanese Ambassador’s residence in Tehran, the two sides talked about the consequences of the blast of Beirut from various angles.

A warehouse that contained ammonium nitrate caught fire in the Beirut Port on Tuesday afternoon, triggering a huge explosion.

The massive explosion rocked the Lebanese capital claiming more than 150 lives and injuring about 5,000 people.

Iranian President Hassan Rouhani and many other Iranian officials have sympathized with Lebanon over casualties of Beirut explosion.

Following the tragic explosion in Beirut and the death of dozens of citizens of the city, Tehran’s Milad Tower turned off lights as a sign of sympathy of the Iranians with the Lebanese people and the victims of the Beirut blast.