Tasnim – Iran’s Foreign Minister Mohammad Javad Zarif slated Google for the wrong translation of “condolences” in the Persian language to “congratulations” in Arabic and English when Persian speakers want to offer condolences to Lebanon over the fatal blast in Beirut.

In a post on his Twitter account on Wednesday, Zarif criticized Google over a “technical glitch” that occurs when translating condolences from Persian to Arabic or English.

The foreign minister retweeted a video showing Google Translate turning the phrase “condolences to the Lebanese people” in Persian into “congratulations” in Arabic and in English, while the translation is accurate when someone wants to write “condolences to the Israeli/American people.”

“When Persian speakers want to express their condolences to the Lebanese in Arabic or English, Google translates it as ‘congratulations,’” Zarif said.

“Yet there is no such ‘technical glitch’ if one wishes to condole Israel or the US,” he tweeted. “What gives @Google?” 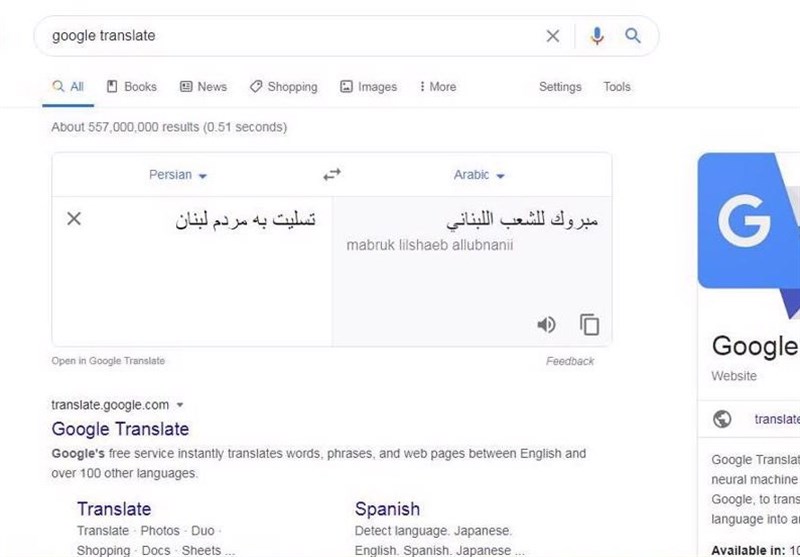