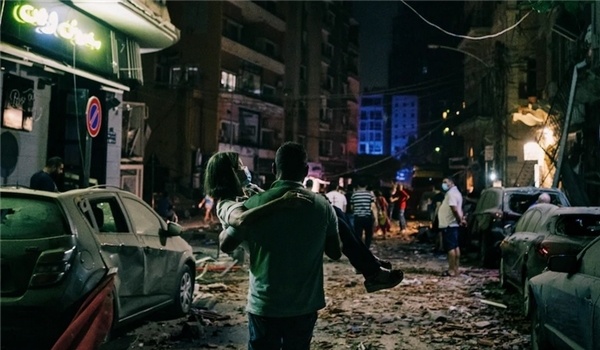 Supreme Leader Ayatollah Seyyed Ali Khamenei in a Twitter message late on Wednesday expressed solidarity with the Lebanese people over the massive fatal blast in Beirut on Tuesday night.

The first consignment of humanitarian supplies from Iran was delivered to Lebanon early Thursday to help the Arab country deal with the consequences of a huge blast in Beirut that has killed, injured and displaced many citizens.

Iranian Foreign Minister Mohammad Javad Zarif and Ukrainian Deputy Foreign Minister Yevgeny Yenin in a telephone conversation on Wednesday exchanged views on the results of a recent visit by a team of negotiators from Iran to Kiev and follow-up of the tragic crash of the Ukrainian passenger plane (Flight PS752).

Iranian President Hassan Rouhani lauded the inauguration of three major petrochemical projects with a total investment of 1.6 billion dollars as a major step towards development despite sanctions.

The new ambassadors of Oman and Germany submitted a copy of their credentials to Iranian Foreign Minister Mohammad Javad Zarif on Wednesday.

Iran’s Foreign Minister Mohammad Javad Zarif slated Google for the wrong translation of “condolences” in the Persian language to “congratulations” in Arabic and English when Persian speakers want to offer condolences to Lebanon over the fatal blast in Beirut.

Iran’s Health Ministry spokeswoman Sima Sadat Lari said on Thursday that some 174 more Iranians have died from coronavirus disease (COVID-19) over the past 24 hours bringing the total deaths to 17,976.