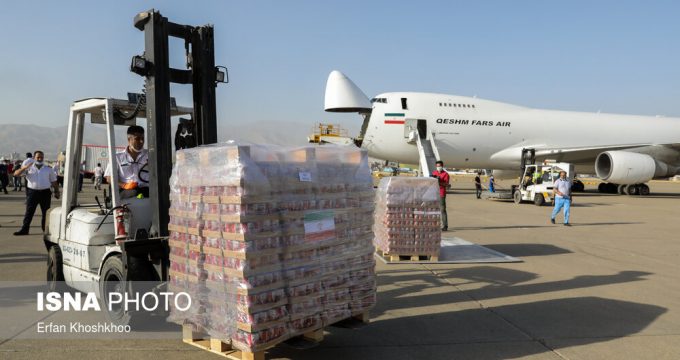 Tasnim – The first consignment of humanitarian supplies from Iran was delivered to Lebanon early Thursday to help the Arab country deal with the consequences of a huge blast in Beirut that has killed, injured and displaced many citizens.

The shipment of humanitarian aid provided by Iran’s Red Crescent Society reached Beirut on Thursday morning with an Iranian flight.

The consignment of humanitarian aids includes mainly medical supplies for the treatment of the people injured in the tragic explosion.

An Iranian Red Crescent Society official said the bulk of the medical items include medicines and items for burns and fractures.

In remarks at a Wednesday session of the cabinet of ministers, Iranian President Hassan Rouhani assigned the Red Crescent Society to send Lebanon humanitarian aids immediately, including the medical and health supplies.

Lebanon’s president has declared a two-week state of emergency following the massive explosion in Beirut that has killed at least 135 people and injured 5,000 others.

The cause of the explosion was not immediately clear. Officials linked the blast to hundreds of tons of confiscated ammonium nitrate that were being stored in a warehouse at the port for six years.