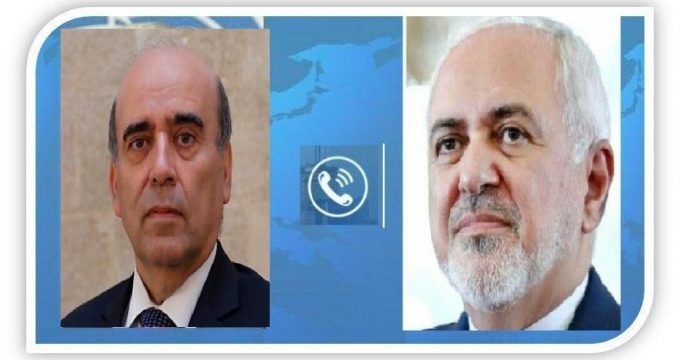 IRNA – Iranian Foreign Minister Mohammad Javad Zarif in a phone conversation with his Lebanese counterpart Charbel Wehbe expressed Iran’s readiness for sending emergency supplies to help the Lebanese Government meet the urgent needs in the aftermath of the human tragedy.

Iran will stand by Lebanese people and Government in all levels, Zarif said.

Based on Iranian President Hassan Rouhani’s order, Iran is ready to render assistance in the context of humanitarian and emergency needs arising from the human tragedy.

Earlier in a Twitter message, Zarif said: “Our thoughts and prayers are with the great and resilient people of Lebanon.”

“As always, Iran is fully prepared to render assistance in any way necessary,” he added.

Footage shared on social media captured the moment of the bigger explosion, with columns of thick smoke billowing fast across several hundreds of meters and shrouding the area.