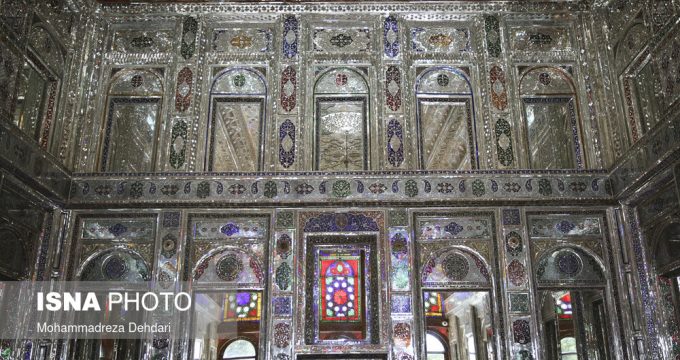 ISNA | Mohammad Reza Dehdari: “Zinat al-Molk House” is a historical building made in Shiraz City of Iran during the reign of the Qajar Dynasty. The House boasts amazing architecture and the art of Āina-kāri (a kind of interior decoration made by Iranian artists who assemble finely cut mirrors together in geometric, calligraphic or foliage forms.), as well as a path below the level of the ground which connects it with the Garden of Narenjestan-e Qavam. Most of the ceilings of Zinat al-Molk House have been decorated with different paintings of animals and flowers. Hall of fame museum of Shiraz is also located in this House in which wax effigies of Iranians are on display. Shiraz City is one of the most favorite tourist destinations in Iran.