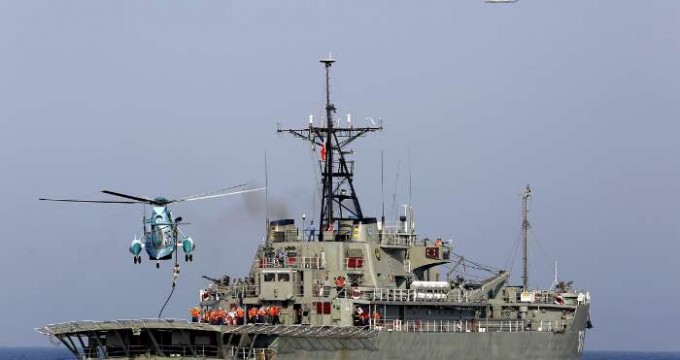 FNA – Deputy Commander of the Iranian Navy for Coordination Rear Admiral Hamzeh Ali Kaviani underlined his country’s capability to grow its naval power to cover waterways across the globe.

“Iran claims that it can establish security in the region as it is able to have a mighty Navy in the global scale and even bring the regional nations and governments into company,” Rear Admiral Kaviani said, addressing a meeting in the Southeastern city of Sirjan on Monday.

He added that the enemies of Iran are after their illegitimate interests while the country is seeking to materialize its legitimate interests, and said, “We have developed this capability in the past 40 years (after the Islamic Revolution).”

Deputy Commander of the Iranian Navy Rear Admiral Gholamreza Tahani said in June that the country sends its fleets of warships to the high waters to ensure of the safe and secure navigation of tankers and cargo ships.

“Our operational fleets of warships are deployed in free waters across the world to secure the safe navigation of sailors,” Rear Admiral Tahani said.

He further reiterated the power and firm resolve of the Iranian naval forces in fulfilling their missions.