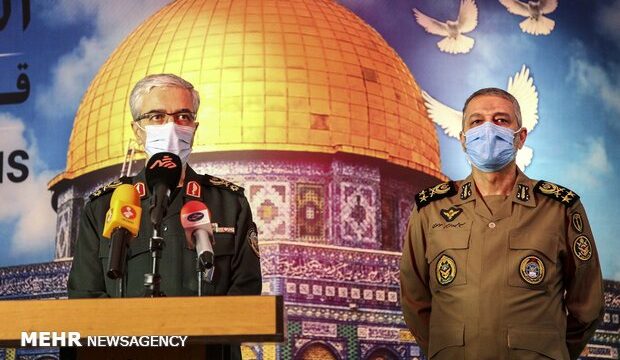 “Terrorists and their supporters sought to take control of Syria and Iraq to undermine the security of Iran. Those battles that ended with the defeat and elimination of enemies caused our nations to move on the path of development with peace,” Chief of Staff for the Armed Forces of the Islamic Republic of Iran Major General Mohammad Bagheri said on Tuesday on the sidelines of the inauguration ceremony of Panorama Museum of Martyr Gen. Soleimani Resistance in Tehran.

This exhibition displays a short section of Resistance Front’s efforts and supports of the Islamic Republic for confronting the plots of the Global Arrogance and its regional allies, and terrorist groups created by the enemy, he said.

The exhibition, the Major General continued, shows how the enemy of humankind and Islam sought to endanger the freedom and security of regional countries by the creation of brutal terrorist groups.

Those terror groups endangered the security and sovereignty of Iraq and Syria and had not been for the advisory presence of Martyr General Soleimani and other commanders, the cooperation of commanders with the nations and governments of Syria and Iraq, and the support from Marja’s, these countries would have been now under terror groups such as ISIL, he added.

He went on to invite the Iranian youth to visit the exhibition to get acquainted with the sacrifices and braveries of the Resistance forces.

Resistance Panorama Museum of Martyr Gen. Soleimani was inaugurated at the site of the Tehran-based Holy Defense Museum on Tuesday.