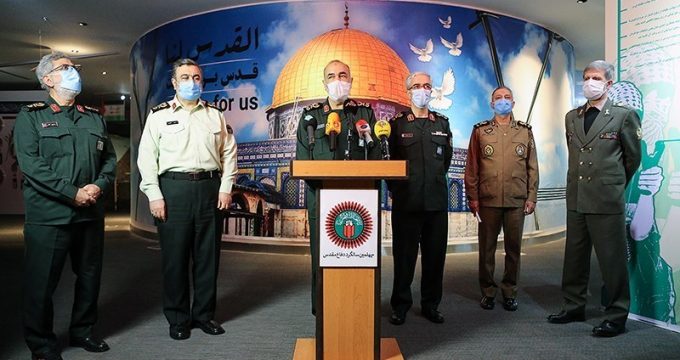 The Chief Commander of the Islamic Revolutionary Guards Corps (IRGC) said that the Islamic Republic of Iran will continue the path of Martyr Lt. Gen. Soleimani until expelling enemies from Muslims’ land and territory.

President Hassan Rouhani said the main part of the enemy’s war on Tehran is attempting to instill that the Iranian government is effective, distort its capabilities, and deny its successes in order to disappoint people and weaken resistance to the US economic war.

Panorama Museum of Martyr Gen. Soleimani Resistance was inaugurated at the site of the Tehran-based Holy Defense Museum on Tuesday.

Leader of the Islamic Revolution has awarded Imam Ali Officers’ University with the ‘Flag and Order of Sacrifice’ for their courage and selfless efforts in defending the country against the enemy’s aggression.

Turkish speaker voices opposition to US sanctions on Iran

Turkey’s Parliament speaker stressed his country’s opposition to the cruel sanctions the US has imposed on Iran amid the outbreak of the coronavirus pandemic, calling for enhanced cooperation between Ankara and Tehran in various fields.

Prime Minister Imran Khan says Pakistan’s mediation prevented a military escalation between Iran and Saudi Arabia, and that Islamabad has not stopped efforts to ease the tensions.

A spokesman of the Iranian Energy Ministry says electricity exports to neighboring Afghanistan has resumed following a brief halt caused by a suspected attack on transmission lines.

Managing Director of National Petrochemical Company of Iran says that the country will witness four million tons of increase in petrochemical output capacity with inauguration of three important projects on Thursday.

Iran’s Health Ministry spokeswoman Sima Sadat Lari said on Tuesday that some 212 more Iranians have died from coronavirus disease (COVID-19) over the past 24 hours bringing the total deaths to 17,617.