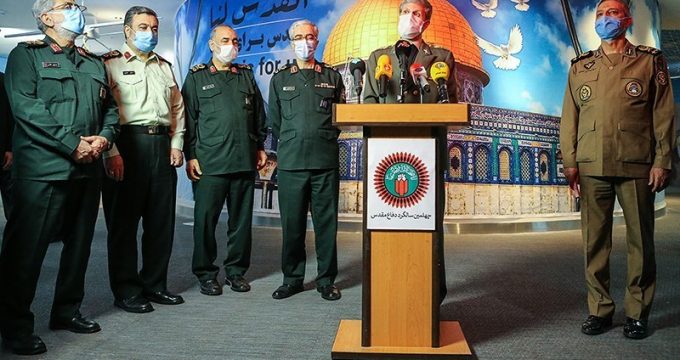 MNA – Iranian Minister of Defense said “Despite the plans of the enemy for institutionalizing insecurity in the region, fortunately, efforts of the Resistance Axis forces under the command of General Soleimani defeated the plans.”

Speaking in the inauguration ceremony of Resistance Panorama Museum of Martyr Gen. Soleimani on Tuesday, Brigadier General Amir Hatami said, “In this museum, we will get acquainted with two issues of malice and vicious crimes of the enemies, which shows that they had big plans for institutionalizing insecurity in the region for decades and hundreds of years.”

Fortunately, forces of the Resistant Axis under the heroic and courageous command of Lenient General Soleimani and of course by the full support of the Armed Forces of the Islamic Republic of Iran and the Defense Industry could stand against all those criminal whose aim was to make the region insecure, he added.

General Hatami stressed, “Today, we are more powerful, more than ever and we wholeheartedly support our warriors wherever they need help in the fields of the air force, navy, defense, missiles, electronic and cyber warfare so that they can support the security of our country and we can eradicate oppression and crime in the region and the world.”