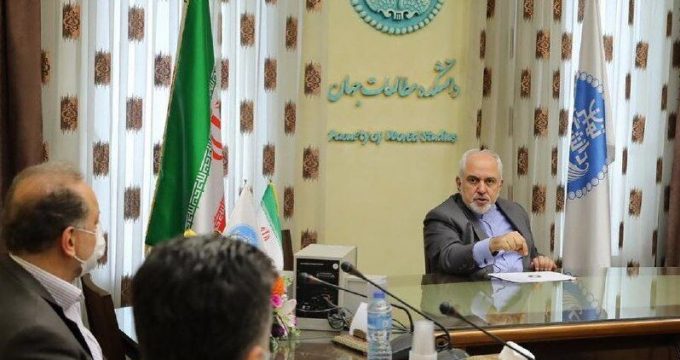 Iranian Foreign Minister Mohammad Javad Zarif on Monday said in a virtual lecture that miscalculations carried out by superpowers have led to the disastrous consequences in the world.

Russia says to continue cooperation with Iran despite US sanctions

Russian First Deputy Chairman of the Federation Council Committee on International Affairs Vladimir Jabbarov stressed that Moscow will continue its cooperation with Iran in defiance of Washington.

Iranian Foreign Minister Mohammad Javad Zarif kicked off his online lecture via Instagram that is on “Characteristics of Transitional Period”.

Deputy Coordinator of the Islamic Republic of Iran’s Army Rear Admiral Habibollah Sayyari said that there is a unity and amicable tie between Iran’s Army and Islamic Revolutionary Guards Corps in thwarting enemies’ plots.

Iranian Foreign Minister Mohammad Javad Zarif described his talks with Leonid Slutsky, the chairman of the Committee on International Affairs of the Russian State Duma, as “very productive”.

Leader of the Islamic Revolution has pointed to the need to continue the path of increasing cooperation between the academic and industrial sections of the country.

Iranian parliament probes into US’ threat against Mahan passenger plane

Rapporteur of the Iranian Parliament’s National Security and Foreign Policy Commission said that the commission on Sunday has probed into the US jet fighter jets’ threatening of Iran’s passenger plane, praising the moves of Mahan Airlines and its professional flight crew.

Iran’s Health Ministry spokeswoman Sima Sadat Lari said on Monday that some 215 more Iranians have died from coronavirus disease (COVID-19) over the past 24 hours bringing the total deaths to 17,405.