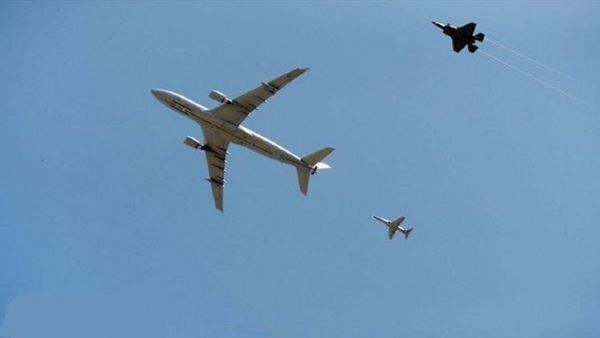 Iranian parliament probes into US’ threat against Mahan passenger plane

IRNA – Rapporteur of the Iranian Parliament’s National Security and Foreign Policy Commission said that the commission on Sunday has probed into the US jet fighter jets’ threatening of Iran’s passenger plane, praising the moves of Mahan Airlines and its professional flight crew.

It was also decided during the meeting that the Security, Human Rights and Foreign Relations Committees of the Commission would follow up on approaches in the face of the US dangerous action, Abulfazl Amouei said.

Sunday’s meeting of the National Security and Foreign Policy Commission attended by officials from the Civil Aviation Organization, Mahan Airlines and Foreign Ministry of Affairs was held this evening with a focus on examining various aspects of the attack of American fighter jets on Iranian passenger planes in Syria airspace, he said.

Members of the National Security Commission protested against the illegal and irrational behavior of the Americans and stressed the need to pursue the issue in international forums, the spokesman said.

Amouei also quoted Deputy Foreign Minister Mohsen Baharvand as saying during the meeting that the perilous act was in violation of international law in several ways, first is the illegal presence of American forces in the Syrian soil and territory, which does not give them the right to intercept aircraft.

Second, flight safety, as a fundamental principle of aviation law, has been violated. Third, the approach of American fighter jets has been quite unprofessional and dangerous, Baharvand said.

Baharvand announced that the Foreign Ministry is also following up on the issue through the UN Secretary General.