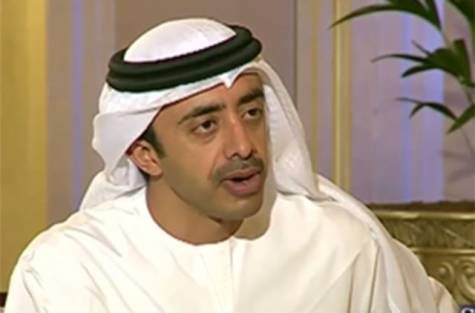 Sheikh Abdullah bin Zayed al-Nahyan made the comment to Mohammad Javad Zarif in a video call during which they also exchanged greetings for the Muslim Eid al-Adha holiday, it said.

Shi’ite Muslim Iran has long been at odds with U.S. Gulf Sunni Arab allies the UAE and Saudi Arabia.

Tensions have spiked between Iran and the United States since 2018, when U.S. President Donald Trump withdrew from Iran’s 2015 nuclear deal with six powers and reimposed sanctions.

Washington blamed a series of attacks against oil interests in the Gulf last year on Iran, while the UAE did not publicly hold a particular country responsible.

The two ministers had also discussed the coronavirus epidemic in March.