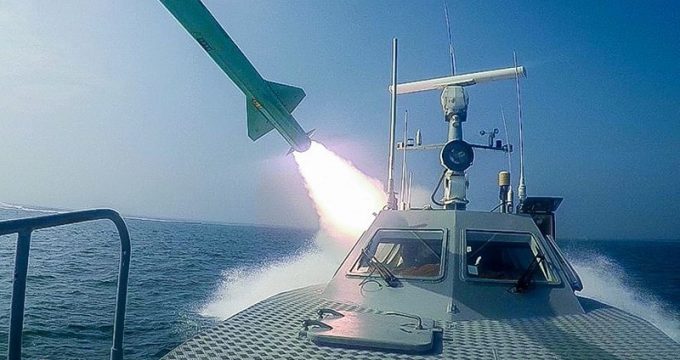 MNA – A Chinese media outlet pointed to the power and deterrence of the Iranian missiles, saying that the US should understand the message of the recent drill by the IRGC.

China Radio International published a report on Friday night with the title “the message of IRGC’s Payambar Azam 14 drill to America: You are under range of Iranian missiles”, after the conclusion of military drill by IRGC in the south of the country.

“A significant point of the drill was that IRGC destroyed a mock-up of US’ Nimitz-class carriers with its missiles in the area of the war game,” noted the report.

“Iran has actually welcomed the US’ Nimitz-class carrier [that is entering the region] with launching missiles at its mock-up. There is no doubt that with the measure, Iran is trying to display its firm determination in defending its rights and standing against the enemy.”

It went on to note that IRGC “proved” the accuracy of its precision missiles during the drill, adding that Iran has the “most powerful missile power” of the region and equipped with different mid-range and long-range missiles.

It also referred to the establishment of military bases by the United States around Iran, noting that all of them are under the range of the Iranian missiles.

“One should never neglect the real message of Iran that was trying to transmit it to the US Army via the drill,” concluded the report.

The final stage of Payambar-e Azam 14 military drill wrapped up on Friday. The war game was jointly carried out by IRGC’s Navy and Aerospace forces in the south of the country, near Strait of Hormuz. IRGC also unveiled a new achievement in the drill namely the launching of ballistic missiles from the underground without the ordinary platforms for the first time in the world.