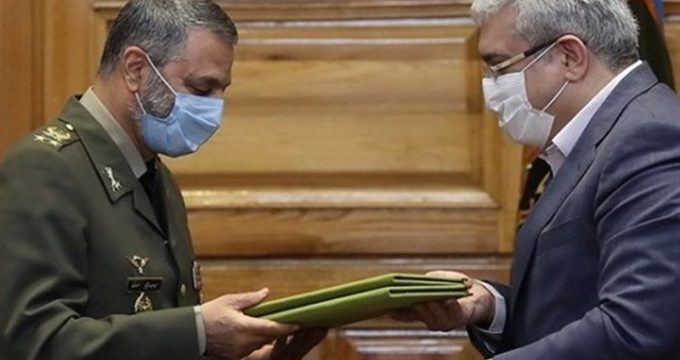 Tasnim – The Islamic Republic of Iran’s Army and the Vice Presidency for Science and Technology signed a memorandum of understanding (MoU) on scientific and research cooperation in such fields as air, sea, land and space defense.

It was signed in a ceremony held at the Army’s Headquarters here in Tehran on Sunday, attended by Army Commander Major General Abdolrahim Mousavi and Vice President for Science and Technology Sorena Sattari.

Speaking on the sidelines of the ceremony, Major General Mousavi said the country’s Armed Forces, including the Army, have already had cooperation with the Vice Presidency for Science and Technology and the new MoU will bring about a major rise in the cooperation between the two sides.

He expressed hope that the cooperation will lead to good progress in these fields in the near future.