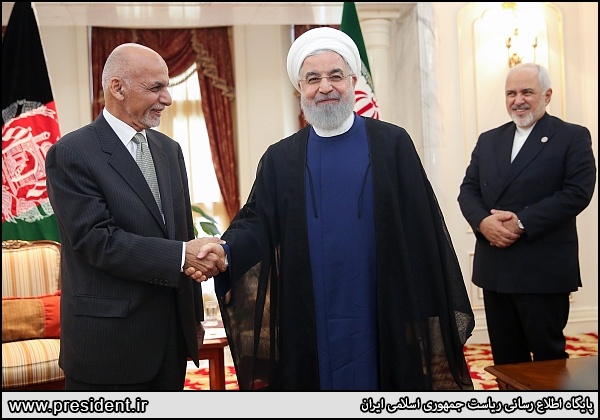 Tasnim – President Hassan Rouhani expressed Iran’s support for the peace process in Afghanistan under the guidance of the Kabul government, hoping that the intra-Afghan negotiations would yield results with the inclusion of all Afghan groups.

Expressing satisfaction with the establishment of a temporary ceasefire in Afghanistan and expressing hope for the continuation and strengthening of the ceasefire and reduction of violence in the country, the Iranian president said, “The Islamic Republic of Iran has always supported the peace process led by the Afghan government and we hope that intra-Afghan talks pivoting around the legitimate government all political groups in Afghanistan and the Taliban will yield results according to the constitution.”

He also congratulated Ghani and the Afghan nation on Eid al-Adha, adding, “The Islamic Republic of Iran is determined to always deepen relations with the Islamic Republic of Afghanistan based on historical and cultural common grounds and strengthening these relations by taking advantage of economic, trade and transit capacity between the two countries.”

Rouhani expressed hope that the comprehensive document on Iran-Afghanistan cooperation would be completed soon, adding, “If the situation caused by the outbreak of coronavirus allows, we can hold an important meeting in the coming months.”

“In addition to signing a comprehensive document on cooperation between the two countries in Tehran, we can also record the operation of the Khaf-Herat railway as two historic events in the long list of friendly interactions between the two sides,” the president’s official website quoted him as saying.

Rouhani also expressed satisfaction with the Afghan President’s remarks on the results of studies that show the process of controlling the outbreak of coronavirus in the country, and said, “The Islamic Republic of Iran has been alongside the people and government of Afghanistan in fighting coronavirus, and will spare no effort in this regard.”

For his part, Ghani congratulated Eid al-Adha, and appreciated the goodwill, cooperation and support of the Islamic Republic of Iran for the people and government of Afghanistan, including medical and health services to Afghan refugees in Iran in fighting coronavirus, and added, “Some studies in Afghanistan show the process of controlling the outbreak of coronavirus in Afghanistan, which I hope will be the case.”

Stating that the private sectors of the two countries have well known the way of interaction with each other, the Afghan president said, “Chabahar Port is developing at a good pace and I hope that the economic relations between Iran and Afghanistan will develop further by using this capacity.”

Ghani appreciated Iran’s position in supporting the system of the Islamic Republic of Afghanistan on the topic of peace and the efforts by the foreign ministers of the two countries in this regard, saying, “I hope Iran’s support for the peace process brings about more peace and security in the region and the world.”