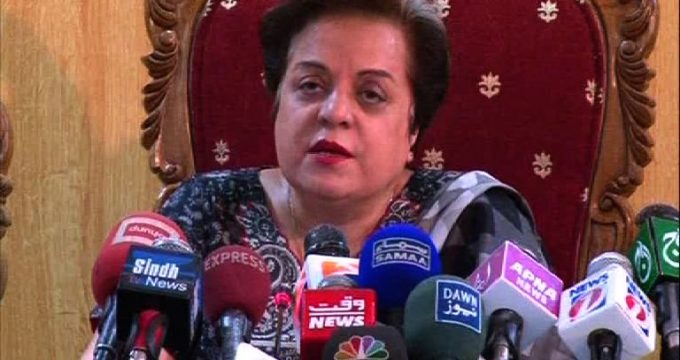 IRNA — Pakistan’s Minister for Human Rights says the US’ July 23 threat against the Iranian passenger plane is a very dangerous game by the US and Zionist regime.

Shireen Mazari in a tweet on Wednesday said: An extremely dangerous game of brinkmanship by the US and Zionist regime over Middle Eastern airspace – an already volatile region.

Iran’s Mahan Air flight 1152 was on its way to Beirut, Lebanon, when it was intercepted and threatened by two US F-5 military jets over Syria. Some of its passengers were injured when the pilot made a sudden lowering altitude in the air of Lebanon before landing at Beirut airport.

Iranian Foreign Minister Mohammad-Javad Zarif in a message slammed the US audacity to compound lawlessness with lawlessness, saying these outlaws must be stopped before a disaster take place.

Iranian Foreign Ministry spokesman Abbas Mousavi said Iran will leave no hostile act unanswered and will reciprocate any US unlawful actions with a decisive and proportionate response, deriding the CENTCOM spokesman’s claim that US military jets conducted a routine air mission in the vicinity of the CJTF-OIR at Tanf garrison in Syria.

In an interview with IRNA last week, the former deputy commander of Pakistan Air Force, Air Marshal (retd) Qaisar Hussain criticized the aggressive approach of Western powers, including Washington on the territory of other countries, saying that the action of US fighter jets against Iranian passenger plane is a wrong and unjustifiable move.