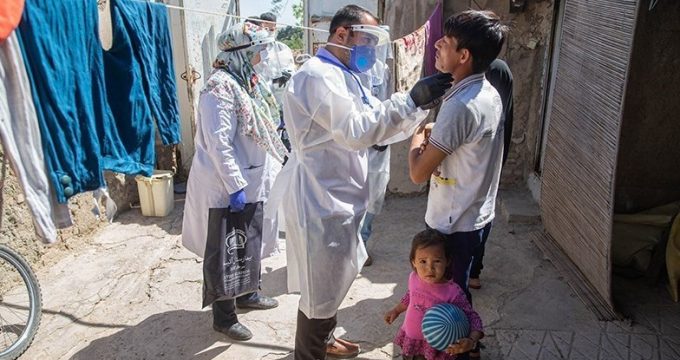 AFP – Tehran on Monday warned Iranians against holding wedding and funeral gatherings as the country’s novel coronavirus outbreak showed no signs of abating, claiming another 212 lives.

“Despite repeated calls to not hold weddings and mourning ceremonies, reports from across the country still indicate they are taking place,” said health ministry spokeswoman Sima Sadat Lari.

“The presence of people at these overcrowded events increases the risk of mass infection,” she added, in remarks aired on state television.

While there is no nationwide ban on weddings and funerals, the venues in which they are staged have been ordered shut and authorities have repeatedly urged people to keep such gatherings small.

The Islamic republic has been battling to contain the Middle East’s deadliest novel coronavirus outbreak since announcing its first cases on February 19.

Lari said another 212 people had died of the COVID-19 illness in the past 24 hours, bringing the country’s overall death toll since February to 15,912.

Rabiei had been “resting at home since late last week after showing some symptoms” but has since been hospitalized, IRNA added.

He is the latest high-profile Iranian official to contract the novel coronavirus. Several have died but most have recovered.

Virus-related deaths and infections in Iran have risen to record highs since hitting months-long lows in May.

That has prompted authorities to make masks mandatory in enclosed public spaces and reimpose restrictions in some areas.