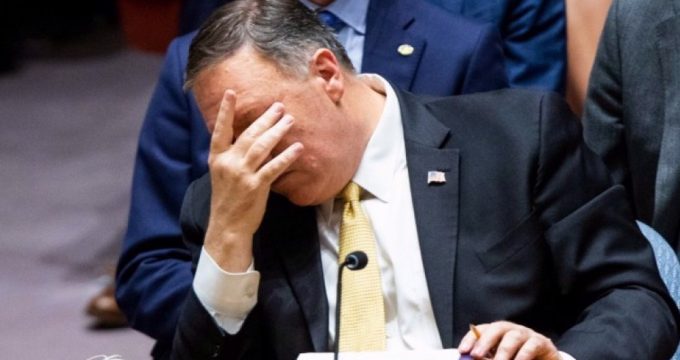 The Guardian newspaper on Sunday in an editorial by Simon Tisdall disclosed the role of US Secretary of State Mike Pompeo in the assassination of General Soleimani in January this year.

“Declaring the killing unlawful, the UN investigator, Agnès Callamard, ruled this month there was not a shred of evidence to support this. Iran hawk Pompeo had reportedly urged the hit for months.”

“Pompeo, Trump’s most influential adviser and possible successor, is the undisguised, snarling face of this latter form of manipulative, intrusive and mendacious American power,” added The Guardian.

“Pompeo and fellow hawks have done all in their power to prevent Britain and its European allies keeping lines open to Iran after Trump reneged on the 2015 nuclear deal.”

The editorial adds, “they (Pompeo and hawkish officials) are apparently now waging a covert subversive war against Tehran with the (Israeli) regime, and they expect support from Britain if their actions lead to war.”

Mike Pompeo, Soleimani assassination, The Guardian newspaper July 29, 2020
Virus-hit Iran warns against weddings and funerals
Lebanon to push for condemnation of US over harassment of Iranian jetliner