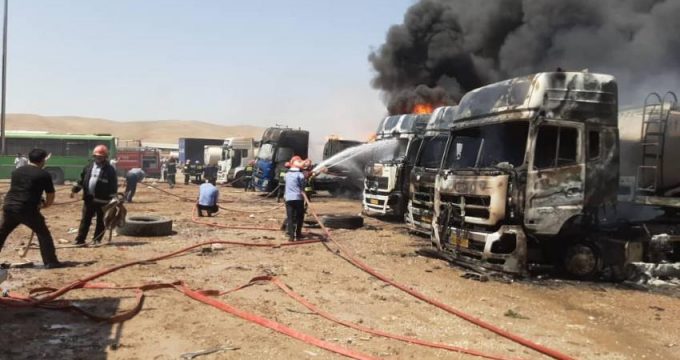 A group of fuel storage tanks exploded in western Iran, state news reported Tuesday, marking the latest in a series of suspicious blasts across the country.

Keyvan Maleki, deputy head of the Kermanshah Fire Department, told ISNA there were no casualties but a few people were injured in the blaze.