All signs point to trouble for Trump

Bloomberg | Kathleen Hunter: For Donald Trump, as for many, 2020 isn’t going as planned. The U.S. president is consistently trailing Democratic rival Joe Biden in national polls and has fallen behind in key battleground states amid widespread voter dissatisfaction over his handling of the coronavirus and the accompanying economic crash.

As Gregory Korte reports, Trump is spending nearly all of his advertising money to keep states he won in 2016, playing defense in areas a Republican incumbent should be able to count on. Biden, too, is spending in seven key states that Trump won in 2016, banking on at least some swinging his way.

Economic relief packages passed by Congress — which included checks mailed to people with a letter signed by Trump himself — were meant to blunt some of the economic hardship Americans are facing.

But so far, there’s little evidence that’s translated into support as Senate Republican Leader Mitch McConnell tries to negotiate a new aid initiative, weighed down by a divided party and friction with the White House.

And then there’s today’s hearing where House Democrats plan to grill Attorney General William Barr about their allegation that he has abandoned the Justice Department’s political independence to back a president who demands nothing but strict loyalty.

While the Barr hearing may only reinforce each side’s preconceived views, the broad picture is not one an incumbent president would want to see barely three months from Election Day. 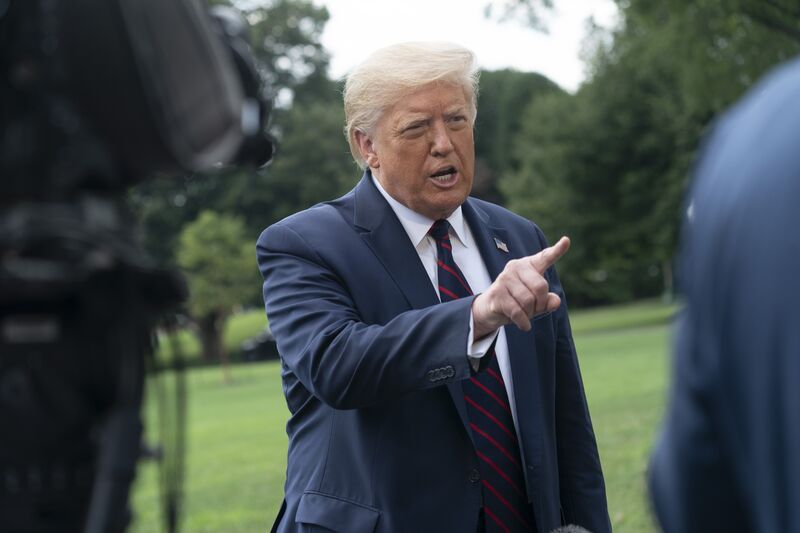 More than 92% of Trump’s state-based spending in July is in states he won in 2016, according to a Bloomberg analysis of television advertising data compiled by Advertising Analytics. Photographer: Chris Kleponis/Polaris

Guilty as charged | Former Malaysian Prime Minister Najib Razak has been found guilty in the first of a series of trials linked to 1MDB, just days after Goldman Sachs Group agreed to a multi-billion dollar settlement over its role in raising money for the fund. Najib’s lawyer said he’ll appeal the verdict, but it’s just the first of at least three trials involving the ex-premier over billion-dollar acquisitions and bond sales by the scandal-ridden fund. 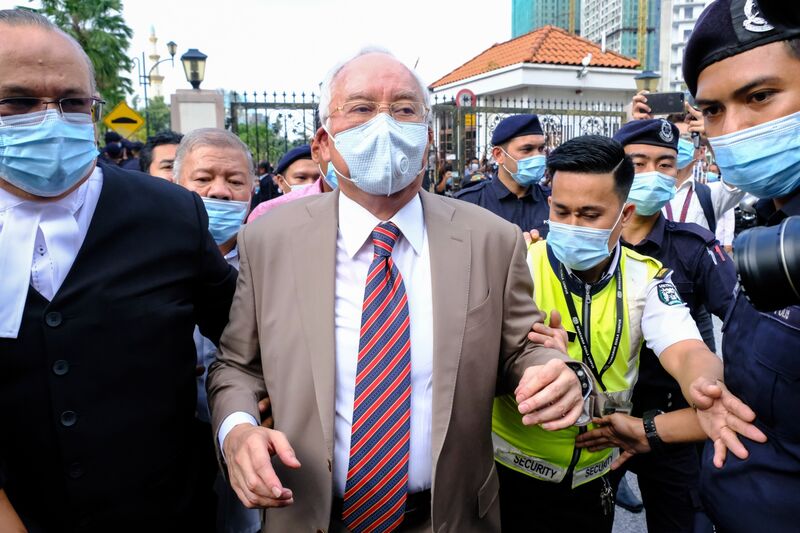 Changing horses | Brazil has built close ties with the U.S. under Trump but would have no problem dealing with Biden if he’s elected in November. Foreign Minister Ernesto Araujo, who implemented a major pro-U.S. shift under far-right President Jair Bolsonaro, said Brazil is prepared for the possibility of a Trump defeat and political tide-turning in the election, despite Democrats’ growing criticism of his nation’s environmental and human-rights records.

Sinking fast | Lebanon may only count on the International Monetary Fund for as little as half the $10 billion bailout it had originally sought to bridge its worst economic crisis in decades. Four months after defaulting on Eurobonds for the first time, the nation is paying for decades of corruption and mismanagement that spilled over into months of protests and pushed many into poverty as food inflation approached 250%.

Nuclear state | North Korean leader Kim Jong Un used an anniversary to mark the end of fighting in the Korean War to say that having an atomic arsenal ensured his country’s survival. It’s his latest rebuff to Trump, who said he would only ease sanctions choking the state’s economy if Pyongyang conducted a complete, verifiable and irreversible end to its nuclear weapons program.

Hegemonic struggle | The race to lead the World Trade Organization is seen as another battleground in the U.S.-China struggle for supremacy and two candidates are getting the most attention: Kenya’s Amina Mohamed and Nigeria’s Ngozi Okonjo-Iweala. Both are accomplished women with political stature, although only one is a WTO insider. China is keeping mum on its preferred candidate to avoid tipping off the U.S. in the wrangling to come.

And finally … A cargo ship with liquefied natural gas passed through the normally ice-blocked Northern Sea Route in the Arctic in May at the same time that a craft carrying about 100 climate scientists from some 20 countries reached the area to begin a year-long examination of the warming environment. The two vessels tell the tale of a tug of war now playing out in Earth’s last frontier: One is looking for clues to climate change, and the other is racing to exploit that change for profit. 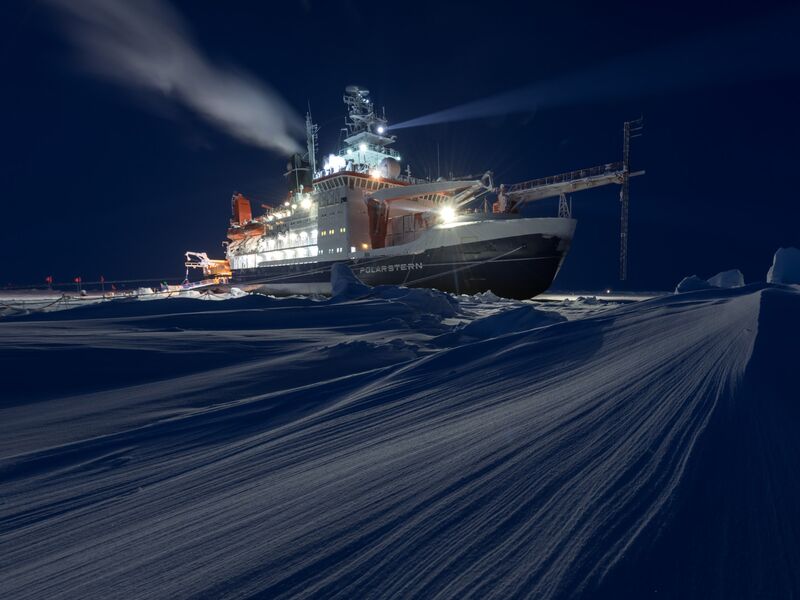 The icebreaking research vessel Polarstern. The more the Arctic warms and melts, the more humans build industrial infrastructure, mine metals and produce oil and gas–emitting greenhouse gases that accelerate the warming and melting. Source: Alfred-Wegener-Institut, Helmhol

— With assistance by Michael Winfrey, Karl Maier, and Jon Herskovitz