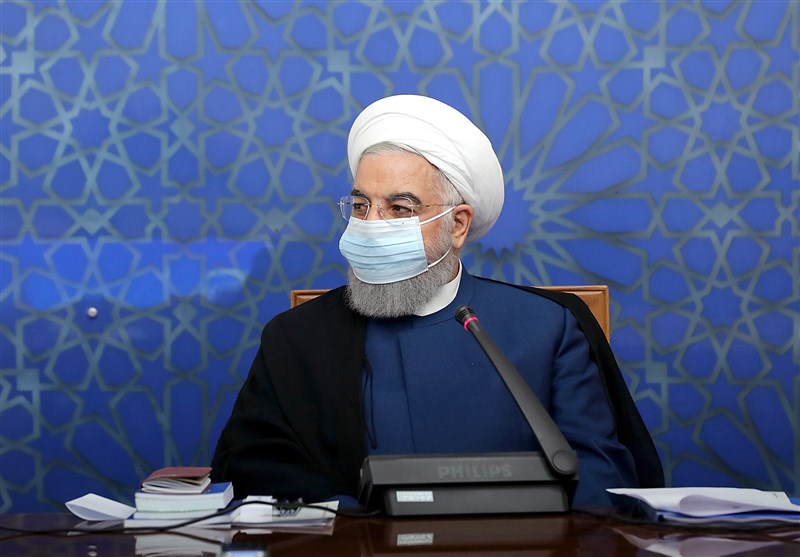 IRNA – President Hassan Rouhani said on Monday that sanctions have been imposed on Iran in violation of all international regulations, which must be lifted.

Addressing a meeting of producers and petrochemical industries and steel activists late on Monday, he said that he has had at least 23 applications for talks by the western statesmen over the past two years and three months. “We did not hesitate to negotiate, but we are not looking for a show.”

“All products are very valuable to us and the year is designate ‘a surge in production’ and production is the main basis of meeting needs of society, employment, exports, capturing target markets and finding a due position in the region and the world,” he said.

The most important petrochemical and steel companies shoulder the heavy burden of both production and non-oil exports, and help meet foreign exchange needs and generate jobs for the youth and graduates, Rouhani said.

In both petrochemicals and steel sectors, we have distanced from “raw” sales and entered the value-added phase, Rouhani said, noting that this is an important issue that increases the wealth of the society and generates new employment and capacity for the country.

Noting that petrochemical products have doubled over the past seven years, the chief executive said that this is valuable and has been achieved due to efforts of the youth and big companies.

The president further maintained that lifting of sanctions is not a precondition but a reality, adding that they put pressure on the Iranian nation and government and not just the Iranian government; their boycott is an economic terrorism and a medical terrorism during the spread of coronavirus.