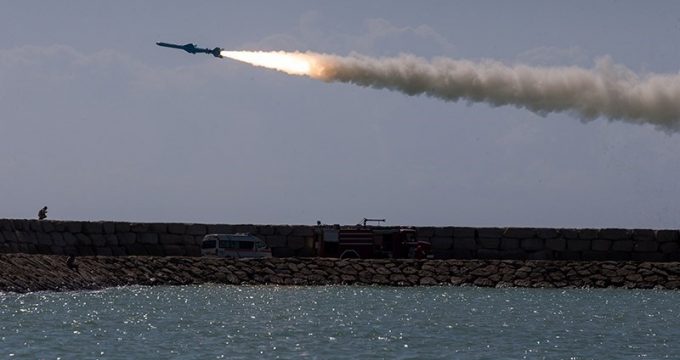 The Islamic Revolution Guards Corps (IRGC) on Tuesday launched the final stage of a large-scale military exercise in southern Iran, including in the Persian Gulf and the Strait of Hormuz.

Rouhani: Sanctions in violation of int’l regulations, must be lifted

President Hassan Rouhani said on Monday that sanctions have been imposed on Iran in violation of all international regulations, which must be lifted.

Commander of the Islamic Revolutionary Guard Corps (IRGC) Major General Hossein Salami said the force improves its weaponry considering the strengths and weaknesses of the enemies.

An Iranian delegation will visit Ukraine on July 29 and 30 to discuss compensation for a Ukrainian jet shot down by Iran on Jan. 8, the Ukrainian Foreign Minister said on Monday.

An explosion has set a fuel tank on fire in Iran’s western province of Kermanshah on Tuesday, Iran’s Mizan news agency reported, in the latest in a series of fires and explosions, some of which have hit sensitive sites.

Spokesman for the Judiciary Gholam Hossein Esmaeili described recent aggression of the US jet fighters against Iranian passenger plane in the Syrian airspace as an illegal and inhumane act.

The UK Embassy in Tehran said early on Tuesday that it has resumed issuing visa for Iranians after 10 years shutdown of visa office.

The Islamic Revolution Guards Corps (IRGC) is conducting large-scale aerial and naval drills off the strategic Strait of Hormuz and in the Persian Gulf, including countermeasure against US aircraft carrier threats in the region.

Iran’s Health Ministry spokeswoman Sima Sadat Lari said on Tuesday that some 235 more Iranians have died from coronavirus disease (COVID-19) over the past 24 hours bringing the total deaths to 16,147.