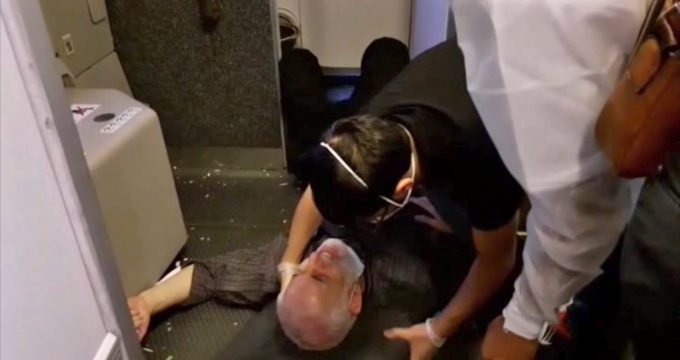 ‘You’re almost dying but can’t do anything about it’: Iranian plane passengers tell Ruptly about encounter with US fighter jets

RT – What the US Air Force called a routine “visual inspection” of an Iranian commercial plane in Syrian skies turned out to be horror for everyone on board, passengers told RT’s Ruptly video agency shortly after the drama ended.

Adam Hazimah and Feryal al-Ali, a Lebanese couple, were among dozens of passengers who boarded Mahan Airlines Flight 1152 which departed from Tehran earlier on Thursday. Bound for Beirut, Lebanon, the Airbus A310 crossed into Syrian airspace later in the day, with neither passengers nor pilots knowing what lay ahead.

As the plane flew over the Syrian desert close to the Iraqi border, passengers were shocked to see what appeared to be a pair of grey-painted F-15 fighter jets close to their aircraft. Iranian media also reported that there were two warplanes, though the Pentagon later said only one jet was sent to perform a “visual inspection” and see if the commercial plane posed any danger to the US forces at Al-Tanf military base in Syria.

Seated on the right side of the plane, al-Ali spotted the approaching combat aircraft. “I just saw them, but felt something is wrong because, as far as I know, there should be no planes around,” she told Ruptly. 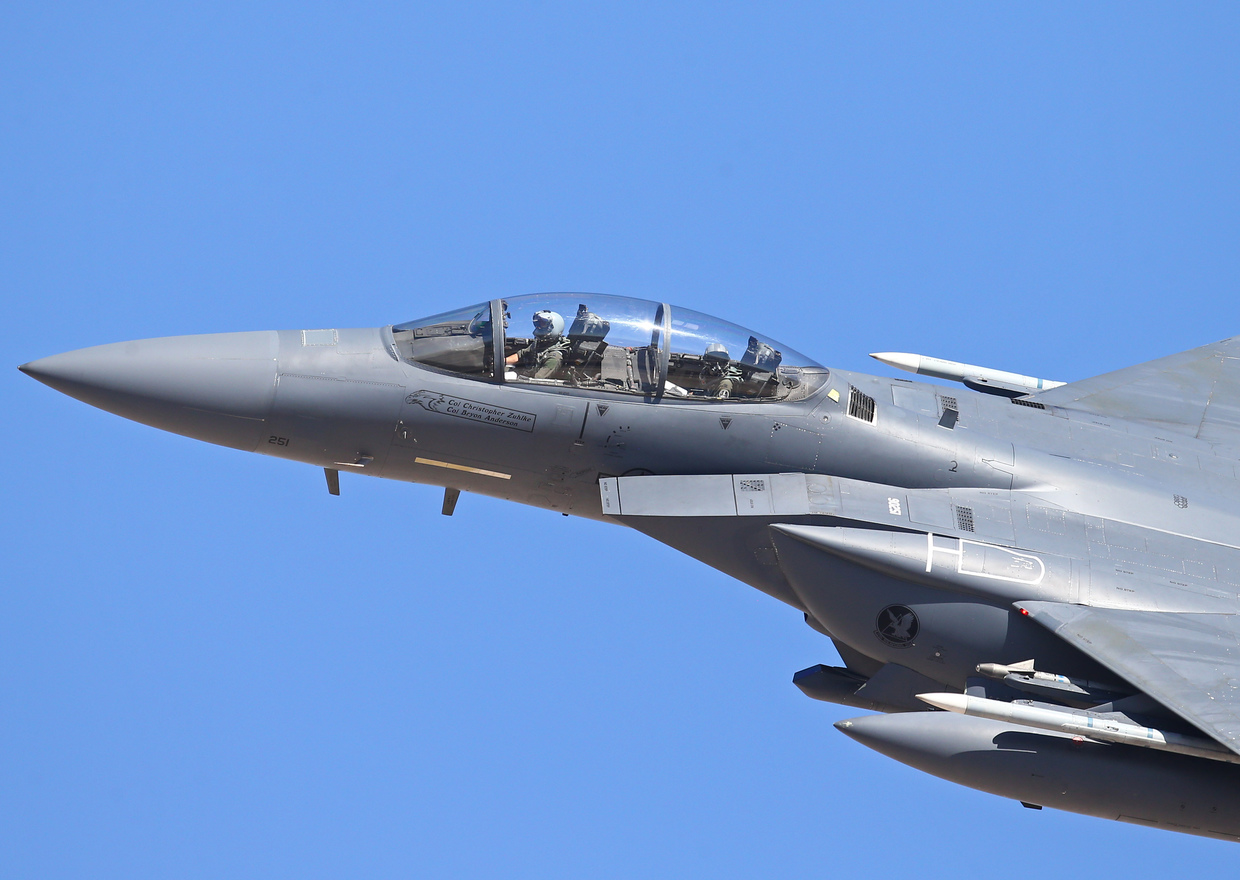 The pilots reacted quickly in order to avoid a collision, rapidly changing altitude – and triggering chaos and fear among the passengers.

Hazimah recalled there was “a huge… scary strike, then we felt the plane changing its course.” Panic ensued with the sounds of women crying and screaming in fear as the passengers thought the plane was hit and were preparing for inevitable, the man said.

We were waiting to see smoke or fire to realize that we are about to die.

As the Airbus descended, passengers were thrown into the air and safety belts disconnected, while “many children were rolling all the way down the aisle since they are light,” Hazimah said.

Passengers were tossed up and down, according to al-Ali. “I saw them falling down in front of me. I saw mobile phones, suitcases, men, children, and blood.”

Hazimah told Ruptly he had a similar feeling.

The entire experience has been a long horror movie that continues to psychologically affect all the passengers up to this moment.

Fortunately, the Airbus continued on its way and finally touched down in Beirut. “We got out quietly and peacefully as if nothing had happened,” al-Ali said.

After we left the plane and entered the airport, we began to remember what happened. We were all shocked.”

Several passengers were treated for injuries, with the plane returning to Tehran later in the day. US Central Command, which oversees the Middle East region, commented on the news, insisting the “inspection” was conducted in a safe way – a claim which did not sit well with Tehran.

Iranian officials responded with a slew of harsh statements shortly after the incident, calling it a “terrorist act” and a violation of civil aviation safety guidelines. Iranian Foreign Minister Mohammad Javad Zarif said the encounter could have ended in disaster, urging: “stop this [American] outlaws.”