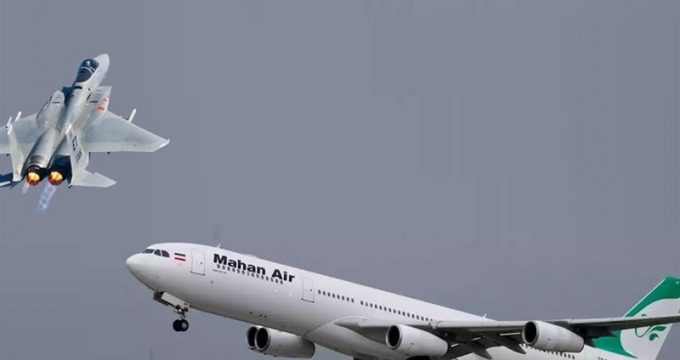 FNA – Iranian Parliament Speaker’s Special Adviser for International Affairs Hossein Amir-Abdollahian said Tehran has collected almost all details of the Thursday night hostile move by the US fighter jets against Mahan Air passenger flight, and believes that it has been a planned event.

Amir-Abdollahian said over 90% of the details of the US fighter jets’ aggression against Iranian passenger airliner, including the base from which the warplanes had flown, is known, and shows that it has not been an accident.

Amir-Abdollahian said an anlysis of the collected info point to possible scenarios, including efforts to confuse the Syrian defensive system.

“The Americans should know that, while the harsh revenge for General Soleimani is underway, these provocative measures not only won’t help them, but also they will exacerbate the conditions for the pay-back and such stupidities to play with the lives and security of civil passengers will incur heavy consequences for the Americans,” the official noted.

Amir-Abdollahian emphasized adoption of the necessary legal and judicial measures by Iran, “but sometimes the Americans need to pay heavier costs”.

He stressed that the Zionist regime of Israel immediately denied having a hand in threatening Iran’s plane, adding, “They [Israelis] are not in the caliber to be counted as a threat to the Islamic Republic of Iran.”

Mahan Air told FNA later that several passengers have been wounded during the incident and have been taken to a hospital in Beirut and others have evacuated the plane sound and safe.

Minister of Road and Urban Development Mohammad Eslami said threatening of Iran’s passenger plane by US fighter jets is a terrorist move, and added that CAOI has filed a complaint at the International Civil Aviation Organization (ICAO).

In relevant remarks, Iran’s Judiciary Deputy Chief for International and Human Rights Affairs Ali Baqeri said the two US fighter jets’ violation and threatening move against Iran’s Mahan Air passenger flight is a clear manifestation of aerial piracy, and noted that the body is legally and judicially following up the “systematic breach of international aviation” by the American regime.

Baqeri said that failure to address the issue seriously and effectively will lead to violation of international peace and security.

Stressing that the recent aggression of the US fighter jets against the Iranian Mahan Airbus is not the first of such measures by the American terrorist army, the Judiciary Deputy Chief said, “The American drone attack on the convoy of Lieutenant General Qassem Soleimani in Baghdad on January 3, the US Navy’s shooting down of Iranian Passenger Airliner over the Persian Gulf in June 1988 and interception of Aseman Airliner in April 2017 indicate that “systematic violation” of freedom of flight and aviation security has turned into a routine conduct of the American criminal regime in the face of international rules and regulations.”