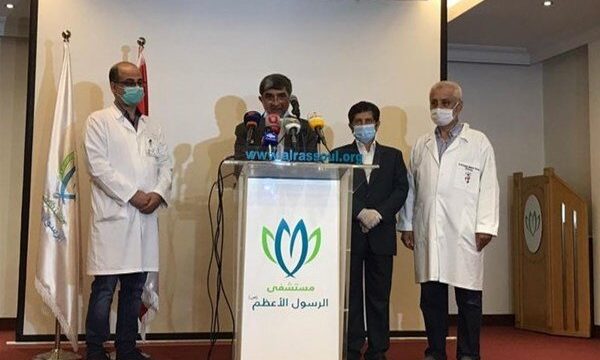 Iran to take all legal action to condemn US harassment: envoy

MNA – Iranian Ambassador to Lebanon Mohammad-Jalal Firouznia stressed that Iran will follow up the US harassment of an Iranian airliner which led to the emergency landing of this plane at Beirut airport.

He made the remarks during his visit to the injured passenger of Mahan airliner at Al Rassoul Al Azam Hospital in Beirut.

Referring to the recent provocation by US warplanes against an Iranian airliner, Firouznia said that this is a clear example of the terrorist and criminal actions that the Americans are carrying out in the region.

Iran will take all necessary legal action to condemn US harassment, he added, saying that it will pursue the matter in the United Nations, the International Civil Aviation Organization (ICAO), and the relevant courts.

Mahan Air’s Flight 1152, Mohammad Jalal Firouznia, US harassment of Iranian plane July 27, 2020 no comments
A pragmatic partnership: Why China and Iran try to collaborate
Iran, Eurasia up trade exchanges by 14%