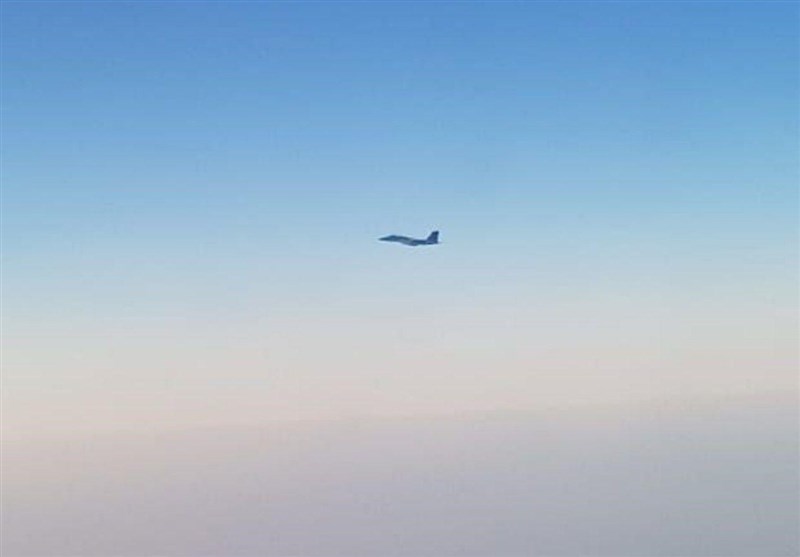 FNA – A Lebanese female passenger of Mahan Airline’s Tehran-Beirut Thursday flight said American officials are lying about the route and distance of their fighter jets, and added that the two fighters had approached the civil plane in a provocative way.

Fatimah Hamdan of Tehran-Beirut flight No. 1152 described her witness account on the harassment of two US fighter jets against the passenger plane.

“We were in the Syrian space at 7:15 when suddenly a fighter jet approached us very much. Contrary to what they [Americans] claim that they were one kilometer away from the plane, their fight jets were in a short distance. Before I could hold my camera to take photos, all of sudden, I heard a noise and our plane started reducing altitude in the sky, and unfortunately nobody had fastened the belt – as it was not the time for it – and everyone rose to the air,” Hamdan said to Sputnik News Agency.

The fighter jets wouldn’t leave us; they were flying over and under [our] plane. Then the first fighter left and the second one appeared and started maneuvering and flew for a while over our head. Then it left, she added.

Calling the American fighter jets’ move as provocative and unnatural, the Lebanese lady went on to say that all passengers were horrified as nobody expected such an event.

Fatimah Hamdan, then, continued that most of the passengers got injuries as a result of sudden rising from their seats and hitting the ceiling with their head or shoulder.

She noted that the two American fighter jets flew for 3-4 minutes around the passenger plane and the Iranian plane landed at Beirut airport eventually calmly.

Mahan Air told FNA later that several passengers wounded during the incident were taken to a hospital in Beirut and others evacuated the plane sound and safe.

Minister of Road and Urban Development Mohammad Eslami said threatening of Iran’s passenger plane by US fighter jets is a terrorist move, and added that CAOI has filed a complaint at the International Civil Aviation Organization (ICAO).